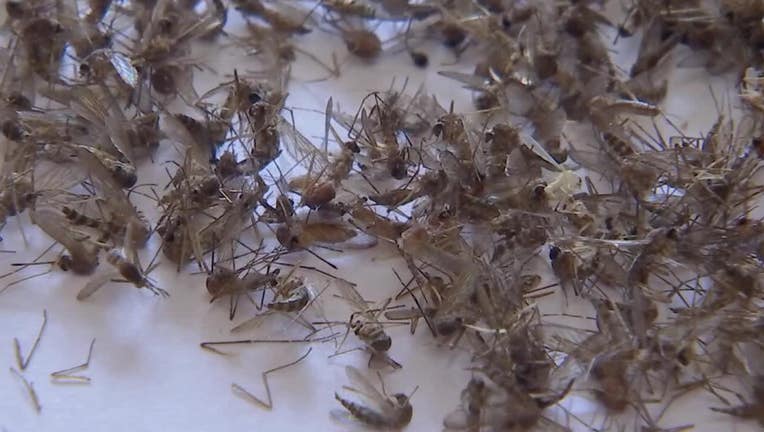 TRENTON, N.J. - New Jersey's Health Department has confirmed its first case of Eastern Equine Encephalitis in a human this summer.

The department says an elderly Somerset County man was hospitalized, but has since been discharged for continued rehabilitation care.

Most people infected by the mosquito-borne illness have no apparent signs. But health officials say severe cases involving an inflammation of the brain begin with the sudden onset of headaches, high fevers, chills and vomiting. The illness may lead to disorientation, seizures or coma.

Eastern Equine Encephalitis has been detected in 22 mosquito samples and in three horses in the southern and eastern sections of New Jersey.

The virus has also been confirmed in Delaware.

State health officials urge residents in affected areas to use bug repellent with DEET whenever outdoors and to shield skin with long sleeved clothing. They also warn residents to avoid known highly populated mosquito areas and to stay indoors during peak mosquito hours like dusk and dawn.