No injuries, despite winds from Isaias tearing homes apart

MIDDLETOWN, Del. - A mother and her two young children are safe after strong winds severely damaged their home, ripping off the wall of one of their bedrooms.

FOX 29's Kelly Rule spoke to the family outside their home in Middletown, Delaware Tuesday afternoon, hours after Tropical Storm Isaias tore through the area.

As the storm made it's way north toward Delaware, a number of tornado warnings were issued, with more than one including Middletown.

According to the family, the mother was home with her 2-year-old son and 3-week-old newborn, when she learned of one of the tornado warnings.

The mother grabbed the children and took shelter in the basement as strong winds ripped the walls off the side of the home's second floor.

Her husband, who was at work for the first time Tuesday since taking paternity leave, returned home to find his son's belongings, including his mattress, across the street. 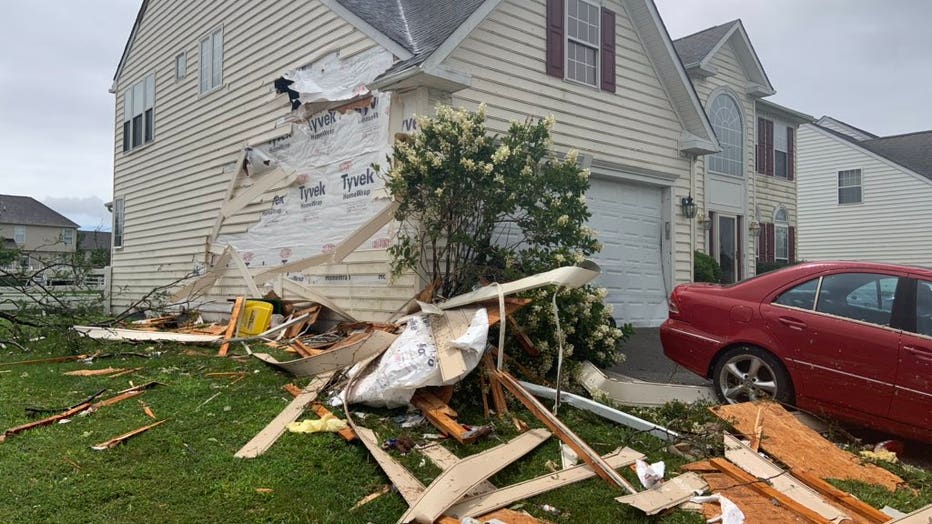 A neighbors home also sustained damage from the powerful winds.

He says his son was lying on that very bed no more than 15 minutes before the damage occurred.

A neighbors home was also damaged in the storm, but no injuries have been reported.

The National Weather Service has confirmed multiple tornadoes in Delaware Tuesday morning, including sightings in Dover and Smyrna.