PHILADELPHIA - Tropical storm warnings are in effect for parts of the tri-state area as Isaias moves northward through the Delaware Valley after weakening back into a tropical storm early Tuesday morning.

Isaias made landfall as a Category 1 hurricane in southern North Carolina near Ocean Isle Beach around 11:10 p.m. Monday with maximum sustained winds of 85 mph.

Isaias brought tropical storm-force winds as forecasters say there is the potential for winds of 45 to 55 mph with gusts to 75 mph from Tuesday morning into Tuesday evening. 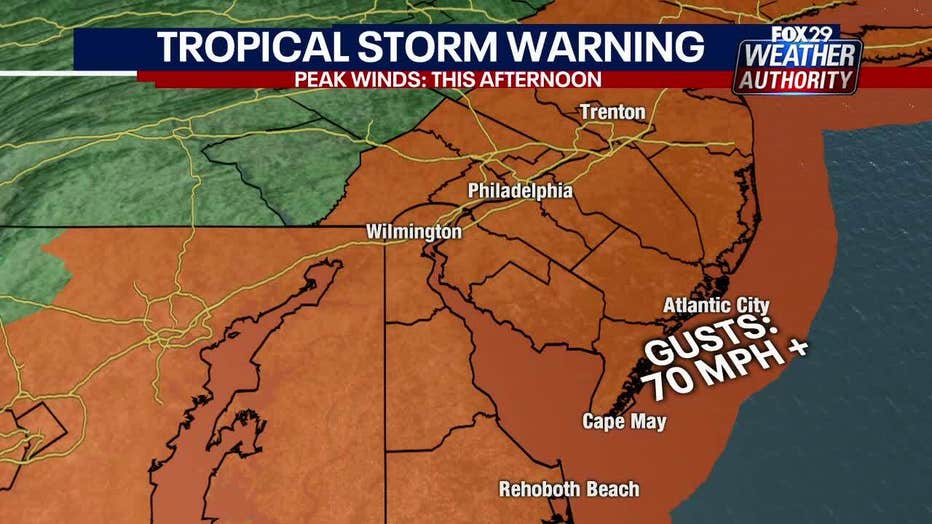 Those winds have already down trees and power lines and prompted tornado watches in Delaware, southeastern Pennsylvania, and most of New Jersey until 4 p.m.

Rain from Isaias began around 9 a.m. with the storm moving up through central Delaware and interior South Jersey by around noon.

By 2 p.m. Isias and the gusty winds it's expected to bring will be in New Jersey.

The storm will be fast-moving through the area and is expected to move out by early evening Tuesday, around 4 or 5 p.m.

Late Monday, Gov. Phil Murphy declared a state of emergency effective Tuesday at 5 a.m. He advised people to stay off the roads unless it is necessary. 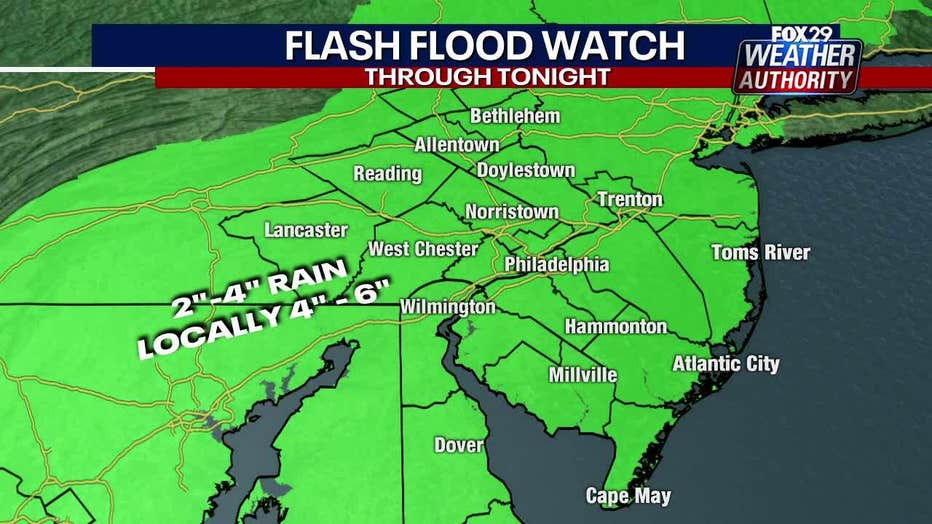 The storm could bring as many as 4"-6" of rain, prompting flash flood watches for most of the area.

A storm surge could cause problems until Wednesday morning mainly along the shoreline and in low-lying areas. Moderate beach erosion is expected.

The storm hurricane formed from a large tropical wave, which developed off the West Coast of Africa in late July.

The U.S. National Hurricane Center warned oceanside home dwellers to brace for storm surge up to 5 feet (1.5 meters) and up to 8 inches (20 centimeters) of rain in spots, as Isaias moves up the coast.