How artists are remembering Kobe and Gigi Bryant

LOS ANGELES - You can say Los Angeles is painted in purple and gold. Take a walk down the street and you might notice something special… murals painted along walls and businesses honoring NBA legend Kobe Bryant and his daughter Gigi.

Kobe, Gigi and seven others tragically passed away on January 26, 2020 when their helicopter crashed in Calabasas. Since their untimely death, Laker fans have been honoring Bryant in many ways.

People from across the world came to LA following his passing to create stunning larger than life murals. Honoring a basketball legend in a way they only can… through art. For many artists the murals honor an angel in the city of angels.

Over 430 public murals have been created around the world.

Digital marketing and social media specialist Mike Asner created the website Kobemural.com along with an Instagram page to help navigate people through the hundreds of murals. 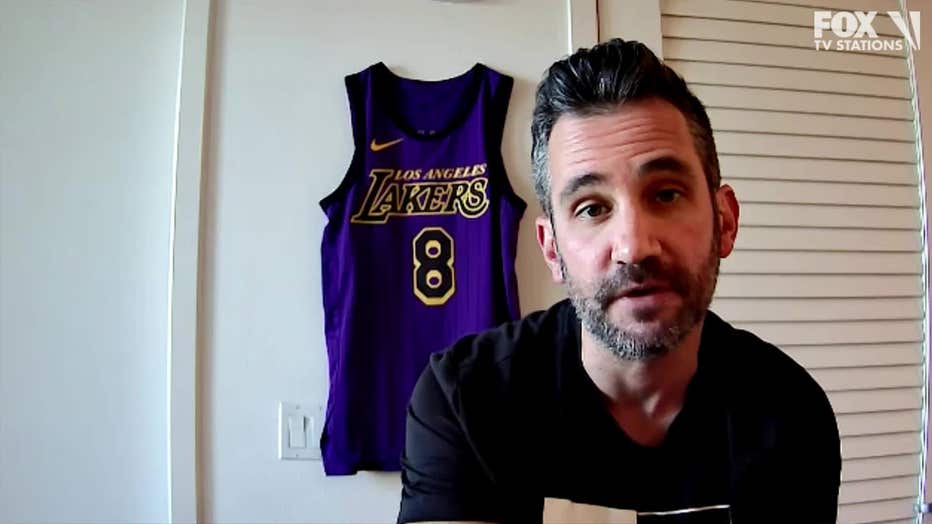 "My goal here was to make it easier for fans to find these murals. So no matter where they live Los Angeles, Orange County, anywhere in the world, my goal was to make it for fans to pay their respects, show their appreciation and to highlight these artists. There are so many artists around the world that have done just amazing work," Asner said.

His database lists each mural, the address and the artist who created it.

According to his database, in Southern California there are at least 246 murals, in the U.S. there are 321 and around the world there are 113 murals. He says there could be tons more that he doesn’t know about.

Some of the most popular locations to view the murals include Downtown LA, by Staples Center, East LA, South LA, the San Fernando Valley, and parts of Orange County.

Asner says most of the international murals cane be spotted in parts of Asia, like China, Japan and the Philippines. Kobe traveled to China every summer so his local fan base kept growing.

"There are huge fans out there. Some of the most detailed murals, some of the largest in scale are in China," he stated.

Asner says his favorite mural is painted along a restaurant in Costa Mesa. The artist, Efren Andaluz, painted a portrait of all nine people killed in the helicopter crash.

"It’s a way to honor all the victims in this tragedy," Asner said.

As Kobe fans mark the one year anniversary of his death, a new ‘mega’ mural is being created in downtown LA by artist Tehrell Porter. The new mural on Venice Blvd. and Broadway will be a two to three block long mural dedicated to the entire Bryant family.

The new mural will be completed in the coming month.

For many people the murals are a form of therapy… especially during tough times.

"When the pandemic really started and people were staying home more in March of last year, I was seeing more people going to the murals, more than I expected," Asner stated.

Majority of the murals are outside so people can safely view them in person or from their cars.

To find a mural close to you visit kobemural.com