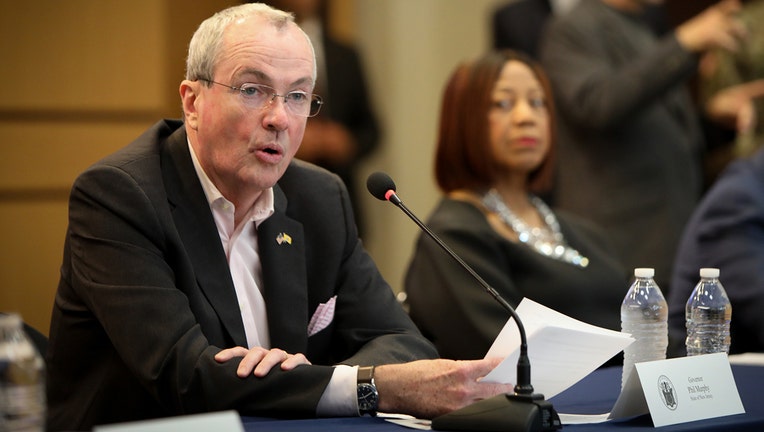 TRENTON - New Jersey Gov. Phil Murphy and the state's Democrat-controlled Legislature have agreed on a measure that would allow the state to borrow up to roughly $10 billion to address the financial crisis caused by the coronavirus pandemic, the governor announced Friday.

The bill will be taken up next week and would create a commission made up of two members of the Senate and two from the Assembly that would have to approve all borrowing with a majority vote, state Senate President Steve Sweeney wrote in a statement.

"This agreement will ensure we will have the resources needed to respond to this fiscal and economic crisis in a responsible way," Sweeney said.

Republican lawmakers immediately announced they would sue to stop the plan. They have opposed a borrowing plan and have argued it will lead to statewide property tax hikes, a charge Murphy has dismissed.

"Today the Democrats in our state agreed to pile billions more in debt onto our children and grandchildren's shoulders," they said in an emailed statement. "This debt plan is bad policy, and without voter approval is clearly unconstitutional. We will file suit to stop it."

The state Treasury Department has said New Jersey faces a $10 billion shortfall over the current and next fiscal years, though Murphy has said that could grow to $20 billion.

"Everybody recognizes the need for the borrowing, as painful as it is," Murphy said Friday. "But we know we don't have a choice, even with federal cash."

Asked earlier Friday in an interview with The Washington Post whether the financial crisis could lead to higher taxes, Murphy said the state would "likely need revenue raisers" but didn't offer specifics, and said a tax increase is one of many alternatives being considered. "No amount of revenue we can raise will fill the hole we've got at the moment," he said.

At his briefing later Friday, he reiterated his often-stated support for a tax on "individuals, companies, certain purchases that reflect folks who have succeeded, to help us to pay for a comprehensive program shrinking the inequities in our state."

Murphy also has asked for 15% cuts across state departments for the new fiscal year beginning in October, and said Friday deeper cuts may be needed.