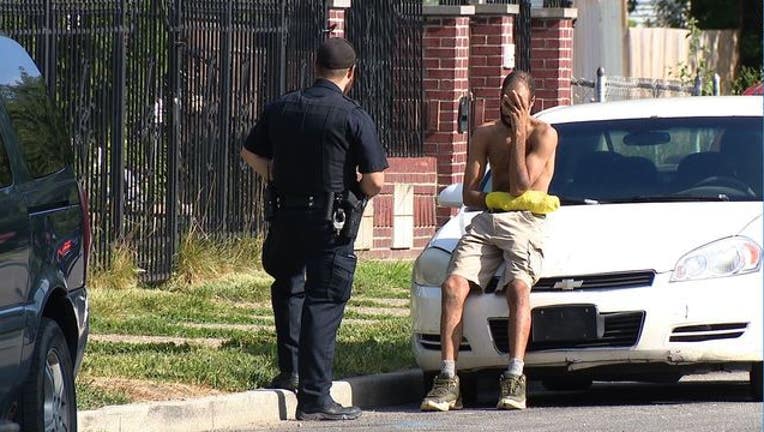 DETROIT - A little girl was killed walking in an alley behind her house Monday afternoon by three dogs - their owner now in police custody.

The pit bulls that attacked that 9-year-old girl are now in the possession of Detroit Animal Care and Control. The girl's family is in mourning.

"I came out of the house and you could hear the screaming, people screaming 'Oh my God, oh my God,'" said Deborah Golden, a neighbor. "You could tell something immediately was bad."

It happened in southwest Detroit Monday afternoon. The girl was in the 6000 block of Central right behind her house - when police say three pit bulls got out of their yard and attacked her.

"I went outside and saw three dogs nearly attacking a little girl. I grabbed a brick, threw it at them, they all ran out, I don't know where they all went. So I stayed with the girl to makes sure she was okay and yelled out for help," said Edward Cruz, a neighbor.

"She had bite marks in areas of her body," Golden said. "It wasn't good."

Golden helped the girl's father and brother perform CPR. Paramedics rushed the girl to Detroit Children's Hospital where she was pronounced dead.

"A 9-year-old girl just playing in the alley and the next thing you know, she is not here," said Capt. Russell Solano, Detroit Police Department. "I can't imagine. You think about your own children. It is tough."

It's not the first time a child was killed by dogs. In 2015 pit bull mixes fatally mauled a 4-year-old boy on Detroit's west side. The dogs' owner was convicted of involuntary manslaughter and sentenced to probation.

Police say a man shot one of the dogs after Monday's fatal attack. It took Animal Care and Control a few hours to find the two remaining pit bulls - but all three are now accounted for.

The owner was taken into custody and is expected to face charges.

"This is an ongoing problem with dogs in the neighborhood," said Golden. "There is two dogs that were always roaming loose on Kirkwood here, and one of them attacked me, and a number of other people."