Netflix will begin streaming ‘Seinfeld’ in 2021

Netflix has officially closed a deal with Sony for global streaming rights to the iconic “show about nothing”: “Seinfeld.”

Netflix has officially closed a deal with Sony for global streaming rights to the iconic “show about nothing”: “Seinfeld.”

The streaming giant announced on Twitter Monday that it will offer all episodes of “Seinfeld” to customers worldwide as soon as the five-year deal starts in 2021.

“Jerry & Elaine & George & Kramer & Netflix. All 180 episodes of the Emmy-Award winning Seinfeld are coming to Netflix — worldwide! — starting in 2021,” Netflix said on Twitter.

"Seinfeld is the television comedy that all television comedy is measured against," Netflix chief content officer Ted Sarandos told The Hollywood Reporter. "It is as fresh and funny as ever, and will be available to the world in 4K for the first time. We can’t wait to welcome Jerry, Elaine, George and Kramer to their new global home on Netflix.“

Netflix acquiring “Seinfeld” is a huge victory for the company following the loss of “Friends” and “The Office,” which users watched roughly 85 billion minutes of, according to The Hollywood Reporter. 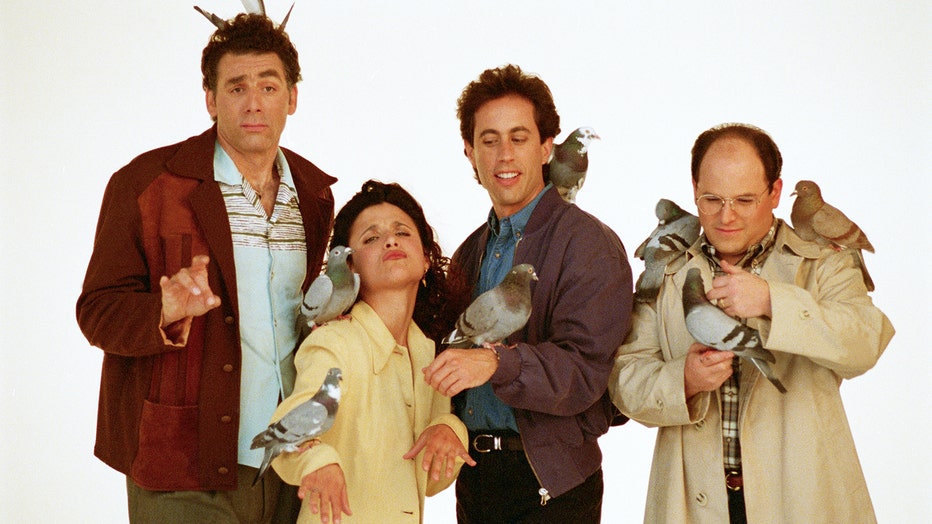 Hulu currently holds domestic streaming rights to the show, while Amazon distributes it internationally until Netflix’s exclusive deal kicks in.

While exact numbers of the sale have not been disclosed, the Los Angeles Times reports Netflix is dishing out far more than the $425 million that AT&T’s WarnerMedia paid for “Friends” on its streaming service, HBO Max, and the $500 million NBCUniversal paid for the “The Office.”