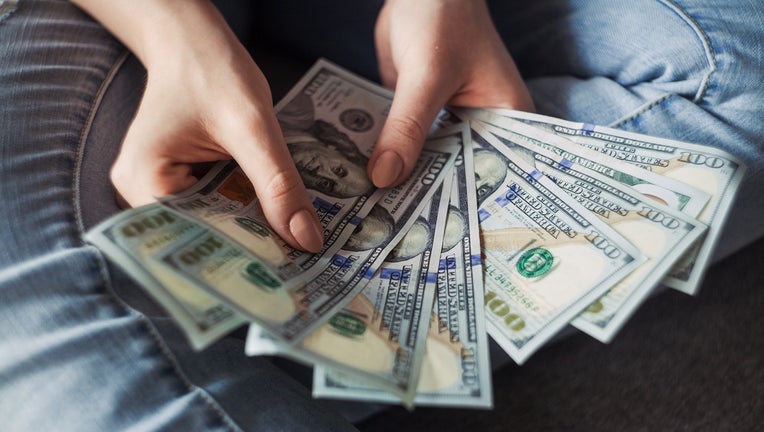 ATLANTIC CITY, N.J. - Business was brisk at sports books around the country on Super Bowl Sunday, with customers risking money on everything from the coin toss at the start of the game, to the color of the Gatorade dumped on the winning coach, Kansas City’s Andy Reid, at the end of it.

The Kansas City Chiefs beat the San Francisco 49ers 31-20 in a game that was forecast to be among the most heavily wagered-on championship games ever.

Revenue reports began trickling in Monday evening, including the $54.2 million wagered by gamblers in New Jersey, the state whose U.S. Supreme Court victory in 2018 cleared the way for the expansion of legal sports betting to many parts of the country. That total surpassed the $34.8 million New Jersey gamblers bet on the Super Bowl last year.

“We exceeded what we thought we would do by far,” he said. “We sold out every seat we had, every inch of seating.”

The two books handled over 10,000 bets. And the increased foot traffic also gave the casinos a measurable boost in table games and slot revenue, and food and beverage sales, though Baumann would not reveal exact figures for either.

Nevada, the country’s largest sports betting market, said it will not release its figures until Tuesday because one of its licensees had technical problems while compiling data. But MGM Resorts and Caesars Entertainment both reported multimillion-dollar wins from the game.

Another record month for NJ sports betting: $487M in bets

Last year, Nevada sports books took in $146 million worth of bets on the Super Bowl, down from $158 million a year earlier.

Mississippi regulators reported taking in $6.7 million worth of bets on this year’s game, but did not immediately calculate how much of that was paid out to customers who made winning bets.

In Rhode Island, the beloved New England Patriots were not in the Super Bowl for the first time in four years, and gamblers showed less interest in betting on someone other than Tom Brady. The $5.5 million wagered was about 84% of the $6.5 million wagered last year when the Patriots beat the Los Angeles Rams.

Rhode Island’s sports books had a hold percentage of 14.6%, or twice the level of what Paul Grimaldi, a spokesman for the state revenue department, termed “good.” That worked out to a hold of about $805,000 for the sports books, about half of which goes to the state. Last year when the Pats won, the sports books lost $2.3 million.

Elsewhere in New England, New Hampshire gamblers bet more than $2.3 million on the Super Bowl; the state only began sports betting on Dec. 30.

“We are extremely pleased with the results from our first Super Bowl and our first month overall of sports betting, and we look forward to continuing to build on this success as we engage more and more players,” said Charlie McIntyre, executive director of the New Hampshire Lottery.

Pennsylvania said it would release its Super Bowl betting numbers on Tuesday and several other states, including New York and New Mexico, said they do not calculate Super Bowl bets separately.

For those keeping score, the Gatorade dumped on Reid at the end of the game was orange, even though purple had been a pregame betting favorite.