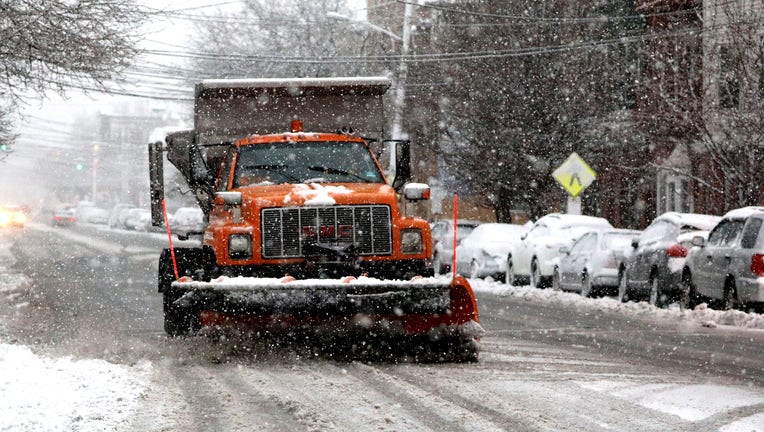 TRENTON - New Jersey Gov. Phil Murphy on Sunday issued a State of Emergency for five counties ahead of a winter storm that could bring significant snowfall to parts of the state.

Murphy announced during a winter storm briefing that Atlantic, Burlington, Cape May, Cumberland, and Ocean counties will enter a state of emergency sometime Sunday night.

The announcement comes hours after the National Weather Service issued winter storm warnings and watches for parts of the Delaware Valley. Areas to the southeast of the I-95 corridor and most of Delaware are expected to see the brunt of the snow.

"Another reason why we're getting to you tonight is that tomorrow is one of the biggest ‘back to work,' ‘back to school’ days of the entire year," Murphy said.

According to Murphy, the state delayed opening for offices until 10 a.m. and the State's Emergency Operations Center was opened at midnight to combat the snow.

"They're getting clobbered down there," Gov. Murphy said as he recognized that the snow was hitting the southern part of the state more so than the rest of the state.

Taking into account the strain felt by COVID-19, Gov. Murphy explained that the resources are available to handle the storm as well as the manpower.

He said it's possible that we could see up to a foot of snow based off of FOX 29's Scott Williams forecast and hoping that it remains that way as well.

Forecasters believe snow could fall an inch or more per hour in the hardest-hit areas on Monday morning, which could create a treacherous commute.

Interior parts on New Jersey and southernmost points could see a foot and a half or more on Monday.

Philadelphia and areas along the I-95 corridor will see a dusting to a couple of inches of snow, while the middle parts of New Jersey could get upwards of three inches.

Forecasters warned that snowfall totals could change overnight due to the particularly high level of unpredictability with Monday's winter storm.

"This is the most uncertain 24 to 36-hour snowfall forecast in recent memory," the weather service said on Sunday morning. "Additional forecast changes, potentially significant, are likely."

Murphy urged residents to stay inside on Sunday night and vouched for remote work if possible to skirt the potentially dangerous Monday commute.

FOX 29's Scott Williams has the latest weather updates amid a winter storm.