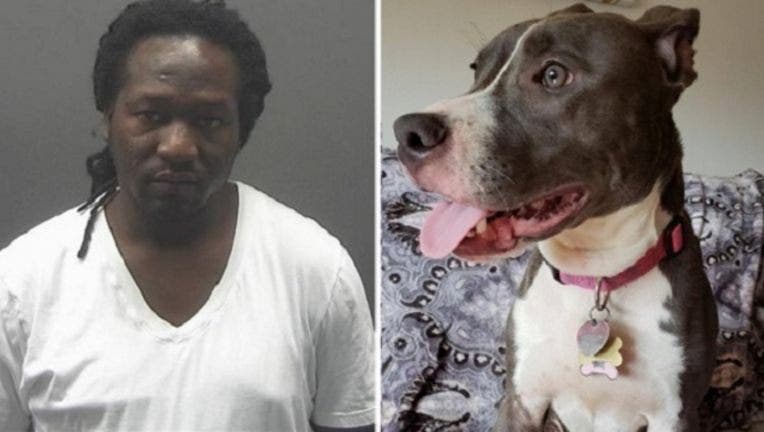 FREEHOLD, N.J. - A New Jersey man has been sentenced to a year in prison on an animal cruelty conviction after authorities said he left a young pit bull mix in a cage at water's edge in a rising tide.

A Monmouth County jury in December acquitted 36-year-old Aaron Davis of the most serious animal cruelty count but convicted him of the lesser count.

Someone walking a dog in Veterans Memorial Park spotted the dog in July 2018.

Prosecutors have said Davis wanted revenge against his girlfriend's ex-boyfriend. The defense unsuccessfully sought a sentence of the 44 days Davis has spent behind bars.

Monmouth County SPCA announced in August of 2018 that the pitbull, named River, found a forever home.