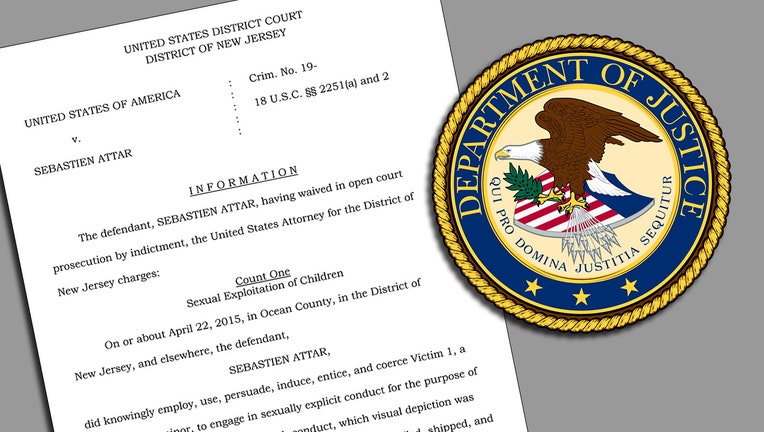 U.S. District Peter Sheridan on Wednesday also imposed lifetime supervised release on Sebastien Attar, 36, of Ocean County, should he ever be freed.

Investigators discovered that "Seb Seb" was Attar and raided his home in Brick March 2018 and seized computers and other electronic devices.

"During a forensic review of the electronic media seized pursuant to the search of Attar's residence, law enforcement discovered graphic images in which an individual — later identified as Attar — had photographed himself sexually abusing two infants," the U.S. Attorney's Office in New Jersey said in a news release. "Attar was subsequently arrested and charged in a criminal complaint filed in the District of New Jersey."

Attar was among several people that a federal grand jury in 2018 indicted on various counts related to the Taboo Train chat group. He faced charges in Georgia as well as New Jersey.

In 2019, he pleaded guilty to two counts of sexual exploitation of children and one count of advertising child pornography, officials said.