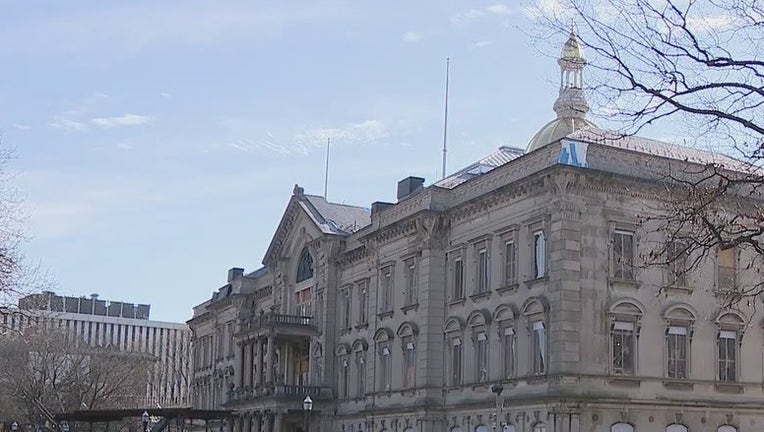 TRENTON, N.J. - New Jersey Gov. Phil Murphy on Friday ordered state employees to work remotely Wednesday, the day of President-elect Joe Biden’s inauguration, because of the "tension" in the country after an attack on the U.S. Capitol.

The order comes as authorities say they’re preparing for the possibility of violent demonstrations on Sunday by supporters of President Donald Trump in state capitals across the country. National Guard troops are also converging on Washington, including nearly 600 from New Jersey.

"With all the other tension in the country right now we’ve made the call that working from home right now, state offices, is the right call," said Murphy, a Democrat.

New Jersey State Police Superintendent Col. Pat Callahan said there is no specific threat to the statehouse in Trenton, but that officials want to be prepared in case something happens.

Trump’s supporters mobbed the Capitol on Jan. 6, just after wrongly insisting he had won the presidential election and telling them to fight. The deadly attack is being investigated by federal prosecutors, who on Thursday wrote in documents that the mob aimed to "capture and assassinate elected officials."

Plastic orange barriers have gone up in Trenton around the statehouse since the Capitol attack, and Callahan said he couldn’t recall a time when communication with federal, state and local authorities about the possibility for violent protests had ever been as "robust" as it is now.

"The fewer folks in and around Trenton, the better," Callahan said.