NEW JERSEY - A New Jersey couple had somewhat of a reality slap after getting home following a beautiful vacation in Alaska. It wasn’t the change of scenery that upset them but their Uber ride home from the airport.

“I was furious,” says Donna Wilson-Booker. “He really messed with the wrong person because he’s not going to get away with this.”

Donna says the trip seemed to go great. The driver immediately took their bags, asked how their vacation was, and carried polite conversation.

At one point, she says the driver missed what appeared to be an obvious turn on his GPS. However, she says he apologized and still got them home to Willingboro safe.

Before he left, Donna says he asked to see her app.

“He said would you mind, can I use your app, cause of the recent incidents with passengers Uber has a problem when we go off track or off route, I just want to adjust the route,” she says. “I said, OK, no problem, because the guy was pretty nice, seems sweet.”

Donna says when she went to tip the driver and leave him a rating a few hours later, she realized he had already left himself $100 and 5-stars on her own account.

“The nerve of him to do that, I have his license plate number and his name, so I don’t know why he would do something that stupid.”

To make matters worse, despite two days of back and forth with Uber, she says the company would only give her a $100 credit on the account, not a refund.

FOX  29 reached out to Uber on Thursday and on our way to interview the Bookers, we got the word that they refunded their trip and tip.

In a statement, Uber said: “Uber is deeply committed to the safety of our riders. We have issued a full refund to this rider and have removed the driver’s access to the app.”

The Bookers say they are pleased they got the refund, but it was never really about the money.

“It’s a lesson learned for other people that there are scam artists out there like that.” 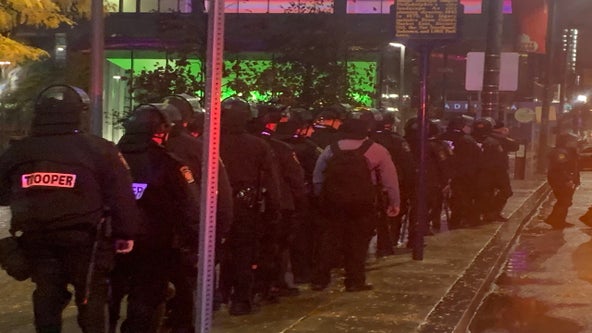