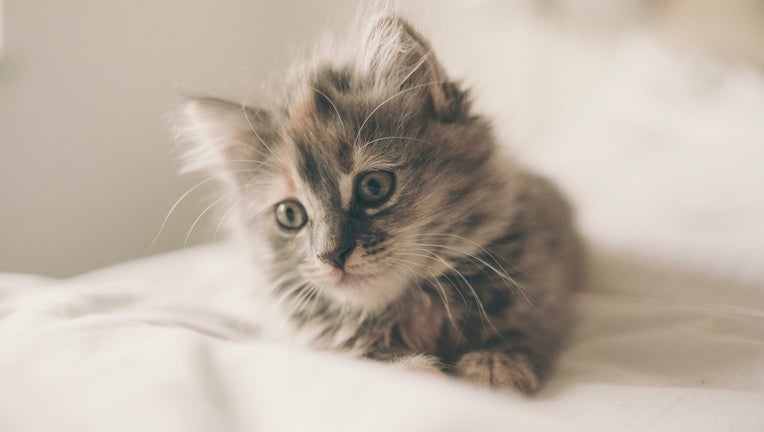 ALBANY, N.Y. - New York would be the first state in the U.S. to ban the declawing of cats under legislation approved by lawmakers at the request of cat owners, animal welfare advocates and many veterinarians who call the procedure cruel and needless.

The bill, which would subject veterinarians to $1,000 fines for performing the operation, now heads to the desk of Gov. Andrew Cuomo, a Democrat, whose representatives said he will review the bill before deciding if he will sign it.

"Cats of New York: Show me your claws" said Assemblywoman Linda Rosenthal, D-Manhattan, who pushed the bill for years despite the opposition the state's largest veterinary society. She called cat declawing "barbaric and inhumane."

Declawing a cat is already illegal in much of Europe and in several Canadian provinces, as well as in Los Angeles, San Francisco and Denver, but no other U.S. state has voted to ban the procedure, which involves amputating a cat's toes back to the first knuckle.

Unlike human nails, a cat's claws are attached to bone, so declawing a feline requires a veterinarian to slice through tendon and nerves to remove the last segment of bone in a cat's toes. Supporters of the ban cite estimates that a quarter or more of all domestic cats in the U.S. have had the procedure.

The New York State Veterinary Medical Society had opposed the bill, arguing that declawing should be allowed as a last resort for felines that won't stop scratching furniture or humans - or when the cat's owner has a weakened immune system, putting them at greater risk of infection from a scratch.

"Medical decisions should be left to the sound discretion of fully trained, licensed and state supervised professionals," the society said in a memo opposing the legislation.

Under the bill, which easily passed the Democrat-led Senate and Assembly, veterinarians could still perform the procedure for medical reasons, such as infection or injury.

Veterinarian Michelle Brownstein stopped performing declawing operations 15 years ago at her Rochester-area animal hospital when she said she became convinced the procedure leaves cats with lifelong problems. Some declawed cats exhibit behavioral issues, she said, while others struggle with chronic pain at the amputation site.

"The end result is a barbaric procedure that results in the mutilation of the animal," she said. "Frankly, if you're worried about your furniture, then you shouldn't be getting a cat."

Now, when a cat owner asks about the procedure, Brownstein said she discusses alternatives, such as routine nail care, scratching posts or even tiny plastic caps that can be placed over a cat's nails.

There was little vocal opposition in the Senate, which passed the bill 50-12, or in the Assembly, where the preliminary vote was 92-27. But some lawmakers spoke out against the measure, saying declawing should be kept legal for rare cases in which cat scratches could pose a hazard to owners with weakened immune systems or other medical issues.

Opponents also said they worried that more cats might be given up for adoption or euthanized because their ownerS would no longer be able to get them declawed.

"I don't think government should be involved. I think we should leave it to the vets and the owners," said Sen. Robert Antonacci, R-Syracuse.

((Photo courtesy of the Office of Gov. Tom Wolf))