Couple, 100 and 102, marries after meeting at nursing home

The pair had reportedly been dating about a year before deciding to tie the knot.

SYLVANIA, Ohio - A couple who met at a senior living facility in Ohio are proving that it’s never too late to find love.

Newlyweds John and Phyllis Cook, 100 and 102 respectively, met while living at Kingston Residence of Sylvania, located just outside of Toledo.

The pair had been dating about eight months before deciding to tie the knot, according to Monica Koszycki, Kingston Residence of Sylvania's life enrichment director. They went to the courthouse on June 26 to obtain a marriage license and learned they could get married on the same day. 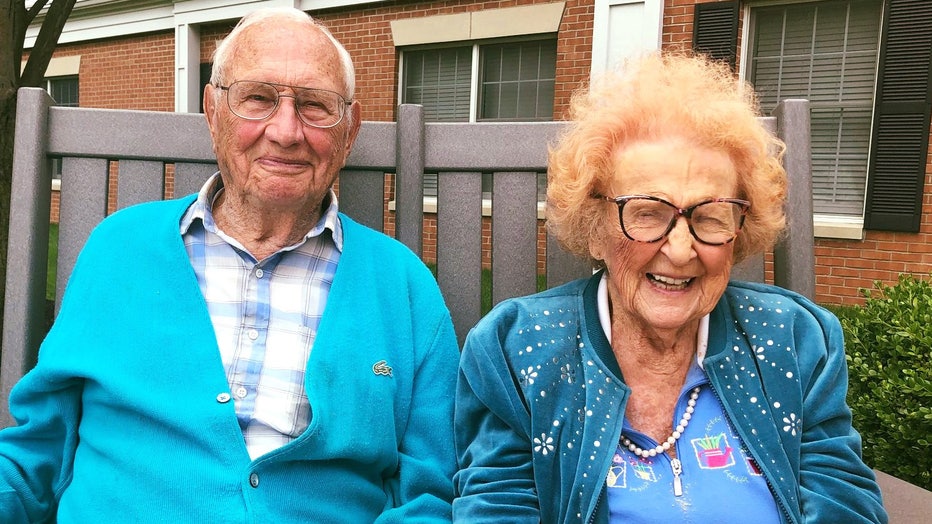 Both John and Phyllis had lost two spouses in the past. John is a World War II veteran who recently turned 100. Phyllis, who will turn 103 on Aug. 8, is originally from West Virginia.

"Well, we were just compatible in a whole lot of ways, found ourselves enjoying each other's company," John added.

The couple spends their time playing bingo and sitting out in the sun together at their assisted living facility, Koszycki said.

“Congratulations to the newlyweds! John and Phyllis met while living at Kingston,” Kingston Residence in Sylvania wrote on its Facebook page. “It's never too late to find love!!! Join us in congratulating the happy couple!!!”