ATLANTIC CITY, N.J. - New Jersey is making a bold play to grab a leading share of the growing offshore wind energy industry by building a facility to build and deploy the huge turbine blades needed to operate windmills.

Gov. Phil Murphy said Tuesday the state Economic Development Authority will lead development of the New Jersey Wind Port, whose cost is estimated between $300 million to $400 million, and which could generate $500 million of economic activity a year once it is fully functional.

It will be built on an artificial island in the Delaware River in Lower Alloways Creek Township in Salem County, next to the Hope Creek Nuclear Generation Station. Public Service Electric & Gas Co., which owns the nuclear plant, also owns the land on which the wind port will be built.

It is expected to create 1,500 permanent jobs, along with hundreds of construction jobs.

“Offshore wind is a once-in-a-generation opportunity to not only protect our environment but also greatly expand our state economy in a way that has immediate impacts and paves the way for long-term growth,” said Murphy, a Democrat.

The idea is to create a facility where the turbine blades that are essential to offshore wind farms can be built, then put on ships and sent out to sea for deployment. Having such a facility could supply wind projects currently being considered from North Carolina to Maine, the governor said.

New Jersey is moving forward with a wind farm planned off the coast of Atlantic City.

“This is a big win for clean offshore wind and New Jersey,” said Jeff Tittel, director of the New Jersey Sierra Club. “This bold project will be the first port in the country designed specifically for this purpose, making our state a national leader in wind development.” 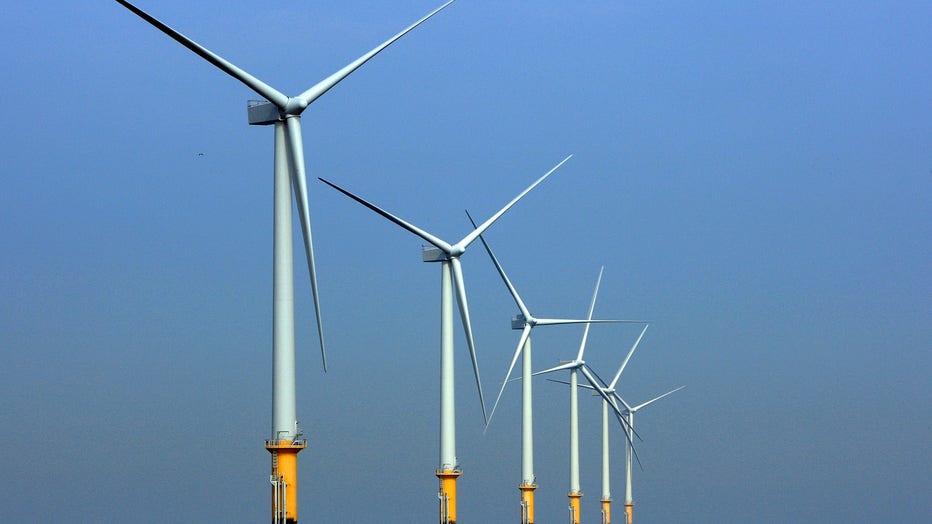 Liz Burdock, president of the Business Network for Offshore Wind, said the port could make New Jersey a global leader in wind energy.

“This is a concrete step toward an offshore wind supply chain born in the USA,” she said.

Wind turbines must be partially assembled at a port and then shipped out to the ocean vertically, with components as tall as 500 feet. When fully constructed on the ocean, the turbines selected for New Jersey’s first offshore wind project will be more than 850 feet tall.

Given the height of the turbines, manufacturing ports must be located away from bridges and suspended power lines, and have wharfs that can accommodate up to 800 tons. State officials said most existing port infrastructure along the East Coast is unable to accommodate this work.

Construction should begin next year with development of a 55-acre site to build components and arrange them. A second phase will an another 150 acres to the site for expanded construction and preparation activities.

The Economic Development Authority is considering a range of public, private, and public-private financing options for the project.