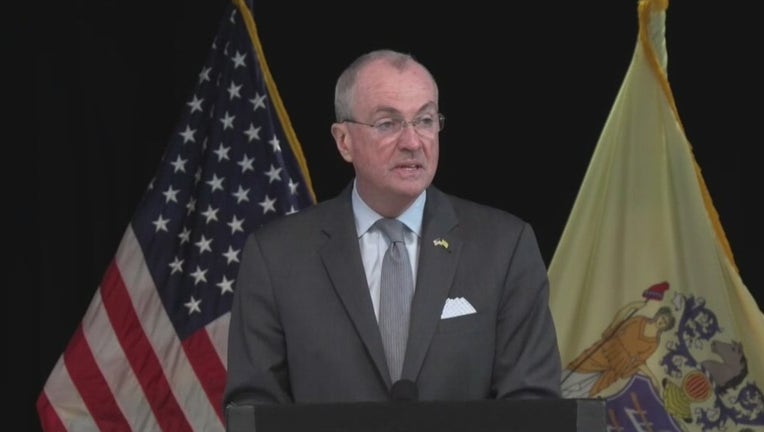 TRENTON, N.J. - Two million New Jersey property taxpayers and renters will get a tax break worth up to $1,500 under a deal Gov. Phil Murphy and fellow Democrats in the Legislature unveiled Wednesday.

The $2 billion program comes thanks to flush state coffers and amounts to lowering the roughly $9,300 average property tax bill for many to $7,800, a level not seen in more than a decade, Murphy said.

Murphy, Assembly Speaker Craig Coughlin and Senate President Nicholas Scutari spoke alongside one another in South Brunswick and said part of their deal includes an agreement to continue the program in the future, meaning it won't offer relief for only a single year. It's unclear for how long the program would continue.

"We all know that property taxes put pressure on our middle class and working families on a good day, but the pressure they are facing now during a time of hyper global inflation is even greater," Murphy said.

The agreement has grown to twice the size of the initial proposal Murphy put forward in March.

Murphy's earlier proposal had a $900 million price tag for the state budget, compared with $2 billion for the plan announced Wednesday. It also boosts how much aid residents will get from up to $700 previously to $1,500 for the plurality of covered property tax payers.

Murphy estimated the agreement would affect 2 million households — more than 5 million of the state's over 9 million residents.

Republican lawmakers, who regularly advocate for slashing property taxes, are not enthusiastic about the plan or the leaders' commitment to keep it going in years to come. Taxes are typically addressed in the annual budget every year, meaning if the state's fortune changes, the property tax program could be axed.

"It doesn’t deliver meaningful changes in fiscal policy and will be the first program to get cut when money is tight," Republican Assembly Leader John DiMaio said.

Republicans gained seats in the state last year, but are still in the minority.

A current property tax relief program carries an average benefit of $626, with eligibility limited to homeowners making $75,000 or less if they’re under 65 and not blind or disabled. Those older than 65 or who are blind or disabled face a $150,000 income cap.

New Jersey’s annual average property tax rate of $9,300 is regularly among the highest in the country. The taxes are levied by school districts and local governments and pay for educational and other services. They’re reliably a political issue in New Jersey, which moved to cap annual property tax increases at 2% in 2010 under former Republican Gov. Chris Christie.

Murphy has turned more to affordability since his narrow win against Republican Jack Ciattarelli in November after touting progressive policies he delivered in his first four years.