OCEAN CITY, N.J. - One New Jersey shore town is taking what it calls an “innovative” approach to combating aggressive seagulls on its boardwalk and beaches.

Ocean City has contracted East Coast Falcons as a way to scare the seagulls, who the city says have become dependent on an unnatural supply of food stolen by passersby. 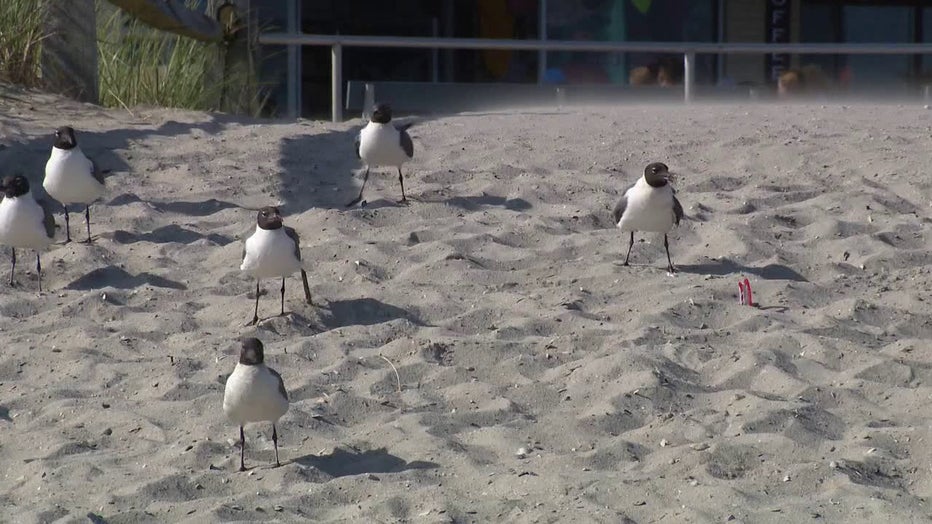 Falcons, hawks and owls will fly over Ocean City from 10 a.m. to 10 p.m. daily to avert the birds from the area without harming them, according to the city.

The abatement program is believed to be the first of its kind for an East Coast shore town.

Officials say the seagulls will instinctively know to leave when the contractors fly the raptors overhead, calling falconry-based bird abatement a “humane and effective solution for removing nuisance birds.”

The contractor is licensed to conduct the work, which is approved by the Humane Society of Ocean City, per officials.

“Over time, the gulls in Ocean City have become increasingly aggressive in their quest for boardwalk food and beach picnics,” city officials said in a statement. “For the health and safety of both these birds and humans, the city must take action to return them to their natural diet and habitat.”

The program will continue through August, and, if successful, return the following summer.