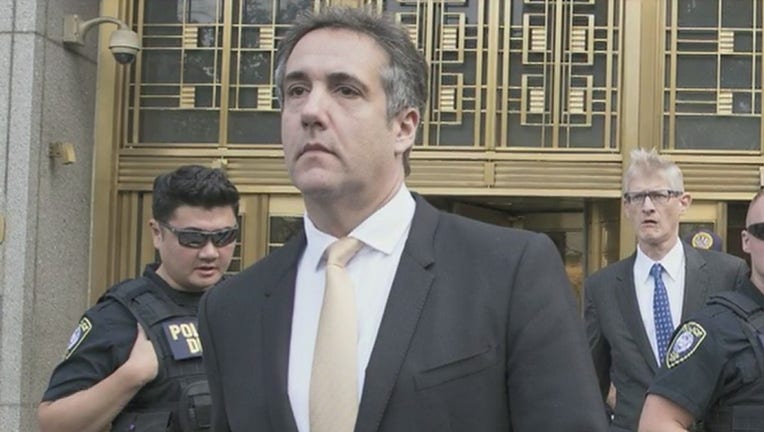 Cohen met with investigators at the Manhattan District Attorney's Office amid a swirl of new activity in the criminal inquiry, including fresh subpoenas and face-to-face meetings with key witnesses.

Afterward, Cohen told reporters he had a "comprehensive meeting" with prosecutors, offering them his full cooperation.

"I’m going to continue to cooperate and provide more information as it’s requested," he said.

The investigation includes an examination of whether Trump or his businesses lied about the value of assets to gain favorable loan terms and tax benefits. Manhattan District Attorney Cyrus R. Vance Jr. also is scrutinizing hush-money payments paid to women on Trump’s behalf.

His office is now in possession of eight years of Trump’s tax records after a lengthy legal battle.

In a recent interview, investigators asked Cohen about Trump’s Seven Springs estate as part of an inquiry into whether the value of the 213-acre Westchester County property was improperly inflated to reduce his taxes. Prosecutors asked about individuals involved in the appraisal of the estate and benefits derived from its valuation, including a $21 million income tax deduction.

Cohen was released to home confinement last year amid coronavirus fears, and his recent meetings have been conducted via video conference.

Vance announced last week that he would leave office at the end of the year and not seek reelection. He recently hired former mafia prosecutor Mark Pomerantz — who, as a federal prosecutor, oversaw the prosecution of Gambino crime boss John "Junior" Gotti — as a special assistant district attorney to assist in the wide-ranging probe of Trump’s finances.

From a crucial figure in the Trump orbit to a convicted felon; Michael Cohen's slide is nothing short of remarkable.