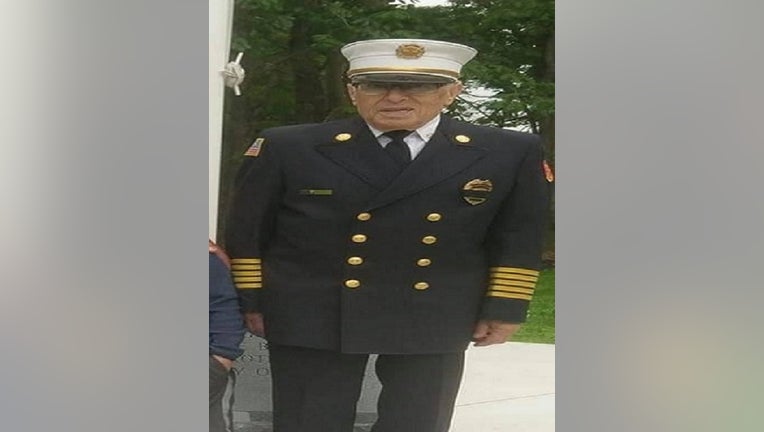 Honorary Chief Nicholas A. Prioli died of a medical emergency after responding to a car crash, Jackson Fire District No. 3 said on Facebook.

JACKSON, N.J. - A New Jersey fire department is mourning the loss of a veteran firefighter who died Saturday of a medical emergency after responding to a car accident.

Honorary Chief Nicholas A. Prioli was a 26-year member of the Jackson Township Volunteer Fire Company and most recently served as the department's Safety Officer and Treasurer.

Chief Prioli returned from a call to a motor vehicle accident in Jackson when he experienced a fatal "medical emergency," Jackson Fire District No. 3 wrote on Facebook. They did not specify Prioli's cause of death.

The department asked for prayers for Prioli who they say left behind a "large family."

Funeral arrangements have not yet been announced.