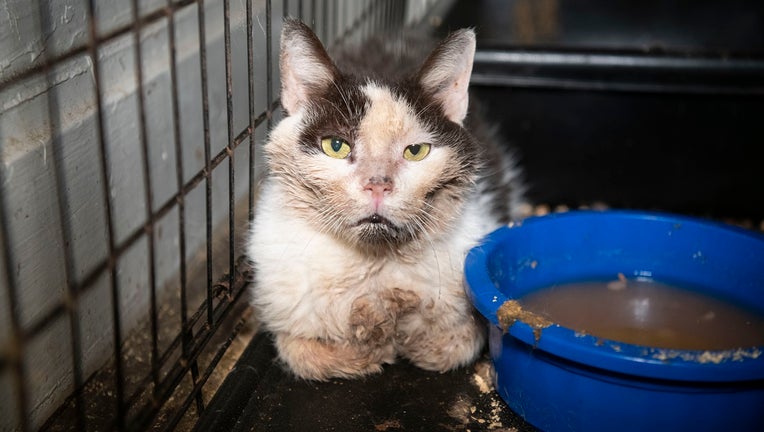 The Humane Society of the United States (HSUS) said officials seized the cats, kittens, dogs and chickens from a sprawling Victorian house and abandoned church in Washington and Westmoreland counties around 7:15 a.m. Wednesday.

The nonprofit said the animals "appeared to suffer from a lack of proper veterinary care and were living in filthy conditions typically seen in severe neglect situations."

Officials said many of the cats were found inside the dilapidated church, some living in crates overflowing with feces and with no apparent access to food and water. Other cats were found in a dark basement of the Victorian house, stacked in crates. Approximately 20 chickens were also found in the home's basement.

“The air was stifling, with the rank stench of urine,” the Humane Society said in a statement. “The house itself was filthy, with trash and clutter piled everywhere and spilling onto the floor – so much so that the responders couldn’t enter some of the rooms." 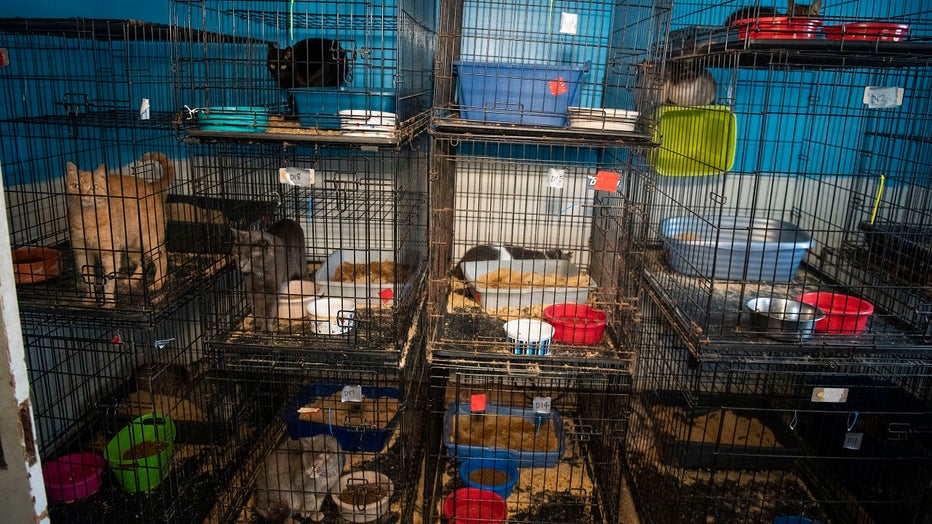 Chickens reportedly flapped around, some underfoot as rescuers navigated through the basement, which was caked in animal waste.

Many of the animals appeared to be suffering from upper respiratory infections, according to the organization.

“It was distressing to see gentle cats being forced to live in a dungeon-like setting,” said Kristen Tullo, Pennsylvania state director for HSUS. “No animal deserves to suffer in conditions like we have seen today.” 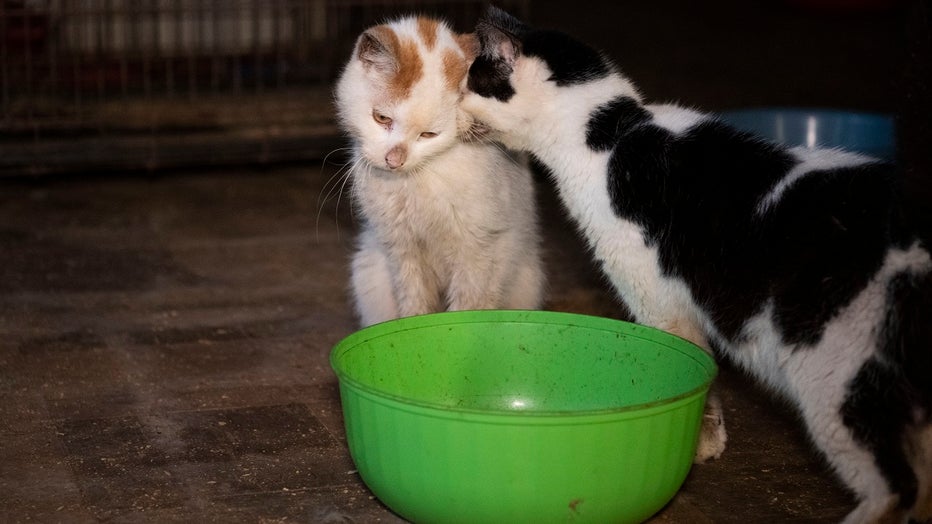 The organization's assistance was requested by the Washington Area Humane Society after concerns were raised regarding the welfare of animals on the property. Local nonprofit Brandywine Valley SPCA is also assisting with the case.

A Humane Society spokeswoman said the animals were being taken to an undisclosed shelter for treatment.

Animal welfare officials put out a call for donations as they manage the influx of animals in their care.

Those interested in donating to Humane Society can do so here.