Sevens cases of whooping cough have been confirmed in the&nbsp;Wallingford-Swarthmore School District, according to officials. FOX 29's Joyce Evans reports.

NETHER PROVIDENCE, Pa. - Sevens cases of whooping cough have been confirmed in the Wallingford-Swarthmore School District, according to officials. Whooping cough can last 10 or more weeks. 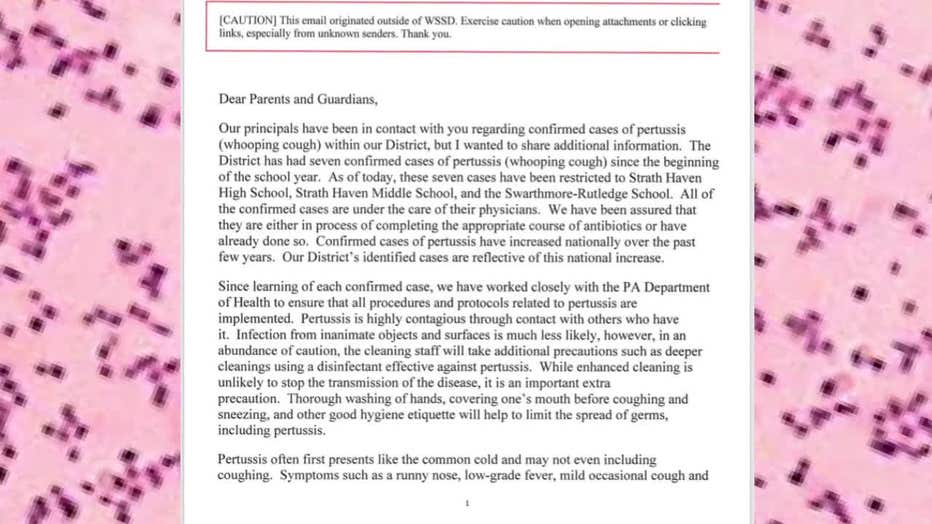 "It's a little bit more difficult in flu season because a lot of these symptoms mimic influenza," he told FOX 29.

Dr. June Elcock-Messam, of Media Pediatrics, says her office has been inundated with calls of people worrying about the outbreak.

"If I prescribed an antibiotic for every family who called my office, we would have a shortage," she said. "If we do have a real case we do have to treat everyone in that family."

Dr. Elcock-Messam stresses the need to vaccinate children as recommended.

"We really need to dispel some of the myths. Vaccines are safe period, end of story."