New Jersey officials are warning the public about the discovery of small, dangerous clinging jellyfish in a North Wildwood pond.

NORTH WILDWOOD, N.J. - New Jersey officials are warning the public about the discovery of small, dangerous clinging jellyfish in a North Wildwood pond.

The non-native species of jellyfish was found in a pond next to East 1st Avenue near the Hereford Inlet Lighthouse. 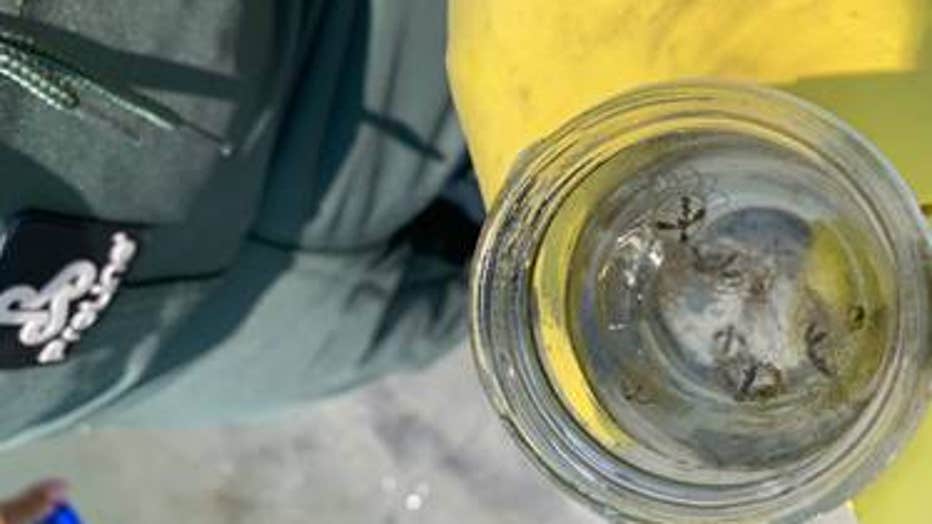 The clinging jellyfish, which are about the size of a dime to a quarter, were first found by a young girl who then collected a sample of the marine animals.

Her parents recognized them as clinging jellyfish and contacted an expert who removed about 150 of them from the water, according to officials.

The Department of Environmental Protection (DEP) says this is the first instance of the invasive species being found this far south in New Jersey. Their first appearance in the state was in 2016.

While the clinging jellyfish are quite small, officials warn that they have a “powerful sting that can produce severe pain and other localized symptoms,” officials say.

Clinging jellyfish can be recognized by a red, orange or violet cross across its middle. Each jellyfish has 60 to 90 tentacles that can sting.

With this warning in place, officials caution that stings from clinging jellyfish can result in the need for medical attention or even hospitalization.

An advisory has been issued by the DEP, encouraging the public to “exercise common sense and caution” in areas where the jellyfish have been found.

Officials have not been able to verify how the jellyfish got into the pond.