Kelly Rule reports on the death of a four-year-old boy in Pemberton Township, N.J.

A giant teddy bear sits outside a home on a quiet Burlington County street. Twelve hours before, the street was flooded with first responders as neighbors found out a young child lost his life.

“You could see the cars, the police and the ambulance going down the street and it was more, they were going faster than if they were just pulling someone over,” said neighbor Melinda Hammell.

Pemberton Township police said Lincoln Mack suffered the gunshot wound on Maricopa Trail around 8 p.m. Mack's parents and two siblings were in the home at the time of the shooting.

“We believe the gunshot wound was self-inflicted, but the circumstances of the shooting remain under investigation,” Burlington County Prosecutor Scott Coffina said.

“Having kids, I can’t comprehend that, what they’re going through,” Hammell added.

Police: 2-year-old shot in hand after grabbing gun in father’s safe in Tacony 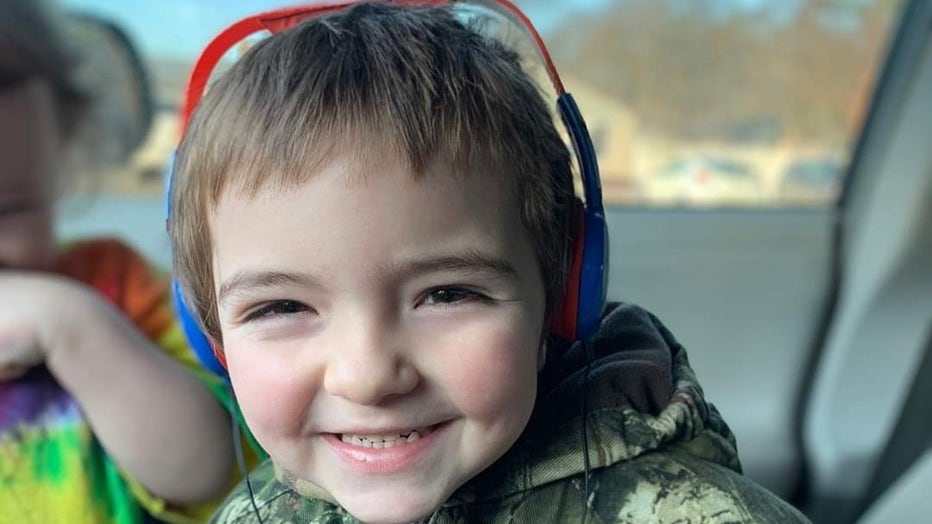 Neighbors told FOX 29 they saw police and EMS respond, but did not find out the circumstances until hours later. Hammel said she remains in disbelief.

“I found out this morning, around 1:30 and it’s just, I couldn’t go back to sleep,” Hammell said.

A father and young daughter brought the teddy bear outside the family’s home. He would not comment on camera, but said Lincoln attended the same school as his daughter.

Pemberton Township Schools officials are providing trained grief specialists to respond to the needs of students and staff.

Among schools affected in the district were Pemberton Early Childhood Education Center, which Mack attended, and Alexander Denbo Elementary School, where Mack's sibling is a student.

A GoFundMe has been set up on behalf of Mack's family to help assist with funeral costs. As of Monday, more than $6,000 has been raised.