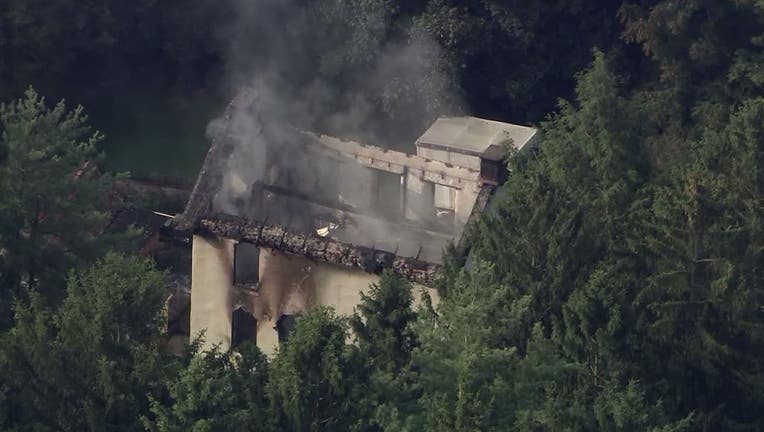 OLEY, Pa. - Authorities say firefighters called to a home ablaze in Berks County found themselves at the scene of a murder-suicide.

He says a man "waiting on the edge of this roadway" for the arrival of fire crews pointed to a woman's body nearby. He says as the firefighter was tending to the woman, the man in the driveway shot himself.

Berks County District Attorney John Adams says investigators believe the woman was a homicide victim, and the case is being investigated as a murder-suicide. The names of the two weren't immediately released.

Authorities said the home was destroyed by fire. The cause of the blaze hasn't yet been determined.