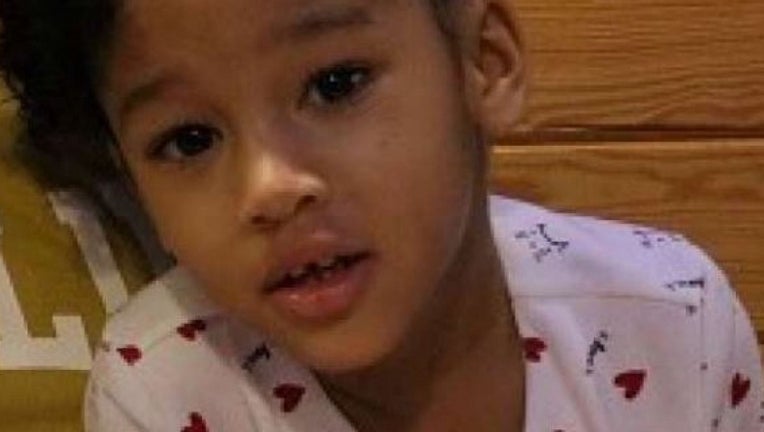 The remains of a child found Friday near a freeway in Arkansas are those of missing 4-year-old Maleah Davis, authorities confirmed Monday.

Houston police went to Arkansas on Friday after community activist Quanell X told authorities the man arrested in connection with the disappearance of Davis confessed he disposed of her body there just before he reported her missing in early May.

Houston Police Commander Michael Skillern, one of the officers who traveled to Arkansas, told reporters that authorities had found a child's remains in a garbage bag near Interstate 30 close to Hope.

Quanell X said he spoke on Friday in jail with Derion Vence, the ex-fiance of Maleah's mother, who had claimed Maleah was abducted. Quanell X said that Vence told him he dumped her body in Arkansas.

Sheriff James Singleton in Arkansas' Hempstead County said workers found the bag, which had a foul odor coming from it, near Hope, about 30 miles northeast of the Texas-Arkansas border.

Finner said Maleah's family had been notified of Friday's developments in the case and he expects a murder charge will be filed in the case.

"We are here to make sure that little angel receives some justice and whoever is responsible we are going to hold them accountable," he said.

Vence, 27, had claimed he, Maleah and his 2-year-old son were abducted on May 4 by a group of men in a truck. He said he and his son were freed the next day but the kidnappers kept Maleah and his silver Nissan Altima. Police said Vence's story kept changing and didn't add up.

Police arrested Vence and charged him with tampering with evidence, specifically a human corpse. He remains jailed on a $40,000 bond.

Quanell X said that during his jail visit, Vence told him Maleah is dead and he confessed he dumped the girl's body in Arkansas off the side of a road. Quanell X declined to comment on what Vence told him regarding how Maleah had died.

"One thing he wanted to make clear to me was what happened to Maleah was an accident," Quanell X said.

In a statement, Harris County District Attorney Kim Ogg said her office has spoken with Vence's attorney and there is no agreement in the case.

"We continue to work with the Houston Police Department to bring justice for Maleah Davis," Ogg said.

On Friday, Cotlar filed a motion in court asking a judge to prohibit Quanell X from visiting Vence in jail, where he remains held on a $45,000 bond.

Quanell X had previously spoken on behalf of Brittany Bowens, Maleah's mother, but said he stopped being her spokesman because of inconsistencies in her story.

Child Protective Services removed Maleah and her brothers from the apartment Vence and Bowens shared in August after the girl suffered a head wound, but the children were returned in February, according to an agency spokeswoman.

Bowens could not immediately be reached for comment on Friday.

Earlier in May, Bowens told KRIV-TV she loved her children and it was "absurd" that anybody would think she had anything to do with Maleah's disappearance or with hurting her.

After a canceled court appearance by Vence on May 13, Bowens was heckled outside the courtroom by people who questioned if she had done enough to protect her daughter before her disappearance.