Dr. Joe Phaahla, the Health Minister of South Africa, held a news briefing about the country's discovery of a new COVID-19 variant.

GENEVA (AP) - An advisory panel of the World Health Organization on Friday classified a worrying new COVID-19 variant first detected in South Africa as a highly transmissible virus of concern, naming it "Omicron" under its Greek letter system.

The U.N. health agency also said early evidence on the variant, until now known by the technical term B.1.1.529, has shown an increased risk of reinfection compared to other highly transmissible variants, indicating that people who contracted COVID-19 and recovered could be more subject to catching it again with Omicron. The WHO suggested that the variant could pose greater risks than the delta variant, which was first detected in India and has been causing ravages worldwide.

The WHO announcement marks the first time in months that it has classified a COVID-19 variant as the highly-transmissible "variant of concern." The classification also applies to delta, which has become the world’s most prevalent variant. It comes amid a surge in cases of delta in Europe in particular, and at a time when many countries had eased lockdown measures and travel restrictions.

Health officials are closely monitoring to see if current tools – for testing, treatment and vaccination – are affected by the omicron variant. But the outside advisers said current PCR tests continue to detect it.

Omicron variant: What to know about the new COVID-19 strain

An advisory panel of the World Health Organization classified on Nov. 27, 2021, a worrying new COVID-19 variant first detected in South Africa as a highly transmissible virus of concern, naming it "Omicron" under its Greek letter system.

The findings from the 25-member technical advisory group on the evolution of COVID-19, following a special session after the variant cropped up in recent weeks, mark the most intense international scrutiny of the variant brought to light by scientists in South Africa. They said it was behind a recent spike in the country’s most populous province.

Health officials are unsure where omicron actually arose, but has now been seen in travelers from southern Africa to Belgium, Botswana, Hong Kong and Israel.

Variants of concern, which include alpha, beta and delta, have shown to spread more easily, cause more serious disease, or dent the effectiveness of vaccines and other COVID-fighting tools. They’re more worrying than the so-called variants of interest — like mu and lambda — that have affected aspects like transmissibility and severity of the disease but aren't as transmissible.

The advisory group faced spiraling worries about the variant, as stock markets plunged and the European Union announced a pause to flights to and from southern Africa, just as it sought to lay out the real threat that it might pose even as uncertainties and a lack of complete data about it remain in its early phase. 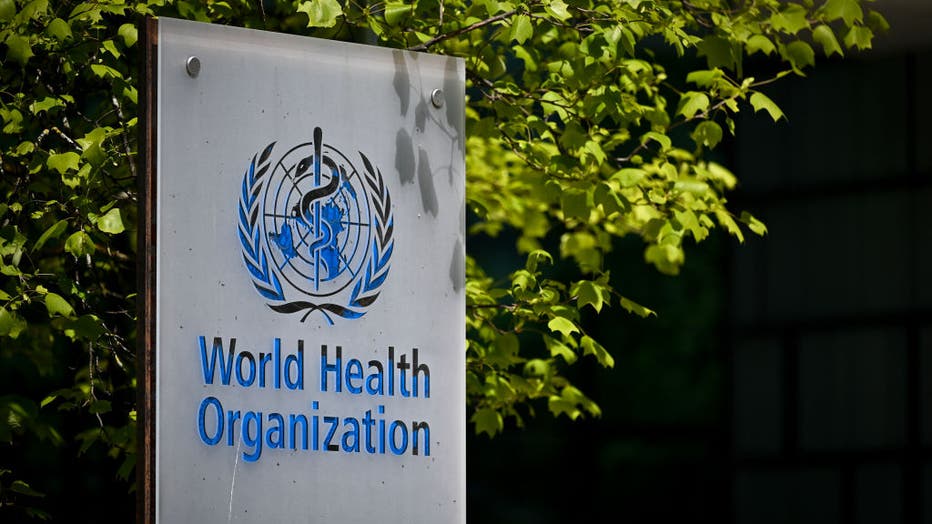 A picture taken on May 8, 2021 shows a sign of the World Health Organization (WHO) at the entrance of their headquarters in Geneva amid the Covid-19 coronavirus outbreak. (Photo by FABRICE COFFRINI/AFP via Getty Images)

"We understand that people are concerned," said Maria Van Kerkhove, the WHO’s technical lead on COVID-19, in a video statement provided by the agency. "The good thing is that we have a monitoring system around the world to detect these variants."

She noted that omicron has a large number of mutations, and has said it will take weeks before scientists can assess its possible effect on vaccines, for example.

Aniruddha Ghosal contributed to this report from New Delhi.