An Oreland man who spent over 10 years in the Philadelphia area and built a family is facing deportation to Ireland after his immigration paperwork lead to years of legal disputes.

ORELAND - An Oreland man who spent over 10 years in the Philadelphia area and built a family is facing deportation to Ireland after his immigration paperwork lead to years of legal disputes.

Keith Byrne came to the Philadelphia for vacation in 2007 and overstayed his visa. While stateside, he met his future wife Keren.

"Him and I immediately connected," Keren said. "[It was] those blue eyes and that accent."

The couple settled down in just outside of Philadelphia and started a family. Together they had two children, Leona and Gabriel. Keith also became a stepfather Ezra; Keren's son from a previous relationship.

Keith began his own commercial painting business and Keren went completed nursing school and has worked at Jefferson Hospital since 2012. 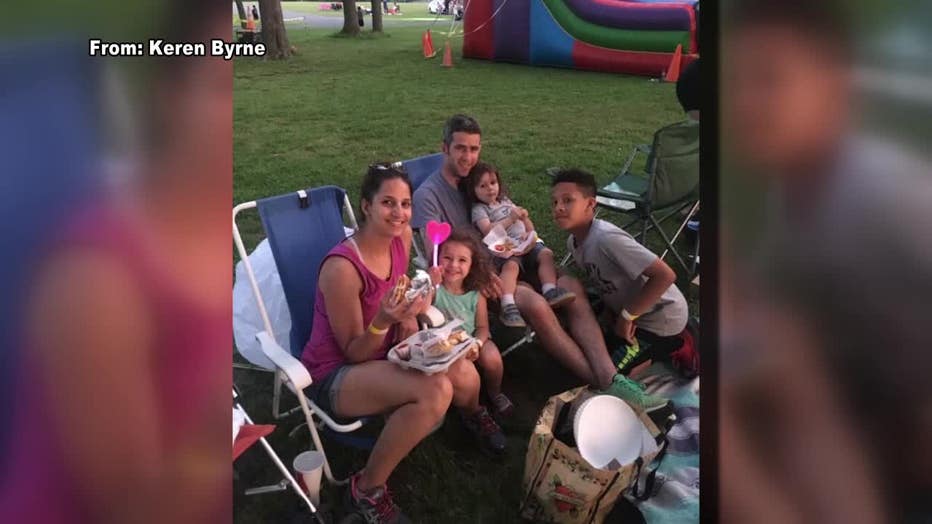 Along the way, Keith decided make America his home and wanted to go through the proper channels to become a permanent resident.

During the application process, Keith was forced to disclose a pair of marijuana charges levied by Irish authorities while Keith was in his 20s.

Keren said both charges were summary offenses and Keith faced no jail time and did not even need a lawyer.

Unfortunately for the Byrnes, the seemingly harmless charges snowballed into a nine year slog of judgements and appeals. The near decade long legal battle reached a head last week, when Immigration and Customs Enforcement agents picked up Keith while he was at work.

An ICE Agent knocked on the front door of the couple's newly purchased home to deliver the news.

"He pulled out a badge and said he was with ICE. He told me that he had picked up my husband," Keren said.

Keith is currently awaits deportation in a cell at the Pike County Correctional Facility near Scranton.

“I’m not going to say that I am totally confident in what’s going to happen here," Keren said. "I’m scared. I’ve never been as scared in my life.”

Donations to help the Byrnes fight to keep Keith and his family together can be made here. A Change.org petition has also been established and is less than 100 signatures away from meeting its goal.

Keith is set to be deported in the next two weeks. If he is ultimately sent away, Karen says she will pack up their family and move to Ireland.