DC police officers who defended the Capitol speak out

It's horrifying enough just watching the videos of last Wednesday's riot at the U.S. Capitol, but imagine being one of the outnumbered police officers trying to hold off the armed invaders.

WASHINGTON (FOX 5 DC) - It's horrifying enough just watching the videos of last Wednesday's riot at the U.S. Capitol, but imagine being one of the outnumbered police officers trying to hold off the armed invaders.

"Like, I wasn't terrified, but I was horrified – if that makes any sense," said 18-year-old Metropolitan D.C. Police veteran Mike Fanone.

Fanone is the officer seen in a now-viral video being dragged down the stairs and beaten by a crowd just outside the Capitol's front door.

"And at that point, people were trying to grab my gun. Pull my gun out of my holster. People were yelling... chanting. You know... 'kill him with his own gun.' And I also felt like if I do that, if I pull my gun, then I'm going to provide them with the justification that they need to kill me – because eventually, they're going to get to me. I don't have enough bullets for 15,000 people," said Fanone.

Meanwhile, Officer Daniel Hodges, 32, is the man seen in widely shared videos online screaming as his arm and shoulder were being crushed in a crowded doorway of the Capitol.

"I was worried for my safety. I was unable to defend myself. Like, I said, my arms were bent and they had already ripped away a lot of my equipment. Ripped off my baton. Ripped off my gas mask. They beat me in my face with my baton and I was sucking down OC spray and CS gas all that time, so I was afraid they were going to get my gun. Thankfully, that was on my right side so they couldn't reach it. And I was worried about being crushed by the crowd obviously," said Hodges.

"One of the insurrectionists was able to get a thumb in my eye and started gouging at it. Thankfully I was able to shake him before any permanent damage was done," Hodges continued. 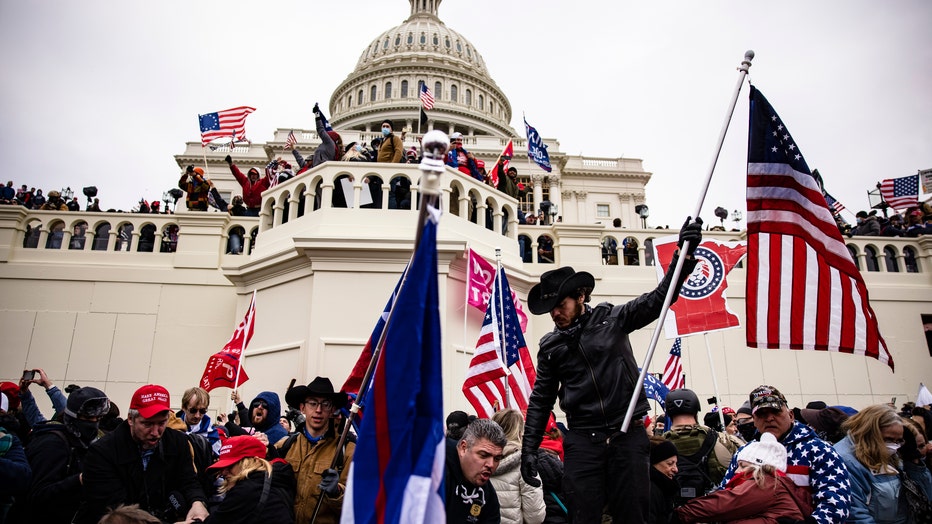 WATCH FOX 5 LIVE IN THE APP

Also defending the Capitol with her life was Officer Christina Laury. She was in the so-called "Hallway of Death" – a tunnel on the west side of the building.

"You know there were a lot of moments when I was in there that I was worried. Not only for myself but every other officer that was in there," said Laury.

FOX 5's Bob Barnard also spoke to D.C.'s new police chief Robert Contee about the riot. He's a Metropolitan Police Department veteran who says when he arrived at the Capitol last Wednesday in the middle of all the chaos, he couldn't believe his eyes.

"Oh, my God. Oh, my God. It's like our worst nightmare really come true – an attack on American democracy right here in the nation's capital. It was horrifying. It was despicable," said Contee.

Raw words and emotions from three D.C. police officers who live to tell of that historic day in a most painful way.

"A lot of people have asked me about my thoughts on the people that helped me and now that I've kind of processed it all like, I will say... you know... thank you... but f&$# you for being there," said Fanone. 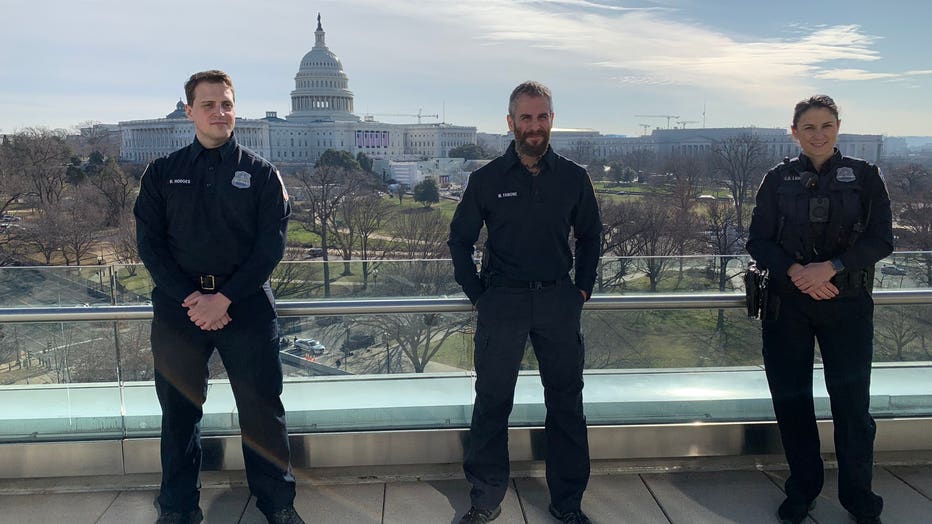