Over 100 shelter pets were flown to Delaware in the wake of an unprecedented winter storm in Texas. FOX 29's Alex George has more.

NEW CASTLE, Del. - More than 100 shelter pets were flown from Texas to Delaware on Sunday night amid dwindling resources in the wake of an unprecedented winter storm that ravaged the Lone Star state last week.

The Brandywine SPCA has been busy over the last several days welcoming more than 200 cats and dogs from southern transports. On Sunday, another shipment of 125 animals looking for a safe and warm forever home arrived at New Castle County Airport.

"They've really been struggling with the low temperatures, lack of water, lack of power," Linda Torelli of the Brandwine SPCA said.

MORE: Why was Texas without power? How a winter storm pushed the state into crisis

Temperatures plummeted to record lows last week as a historic winter storm barreled over Texas. The abnormal conditions caused widespread power outages, left many without water for days, and contributed to dozens of deaths.

Even before the winter storm, animal shelters in Texas have struggled with overcrowding which has contributed to the second-highest euthanasia rate in the country, according to Torelli. 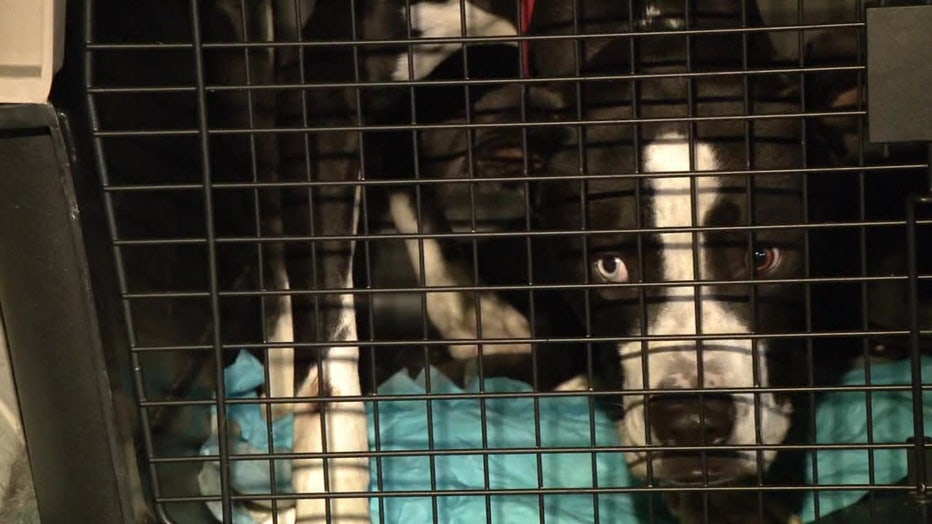 It may take a week for Brandywine to process the influx of new shelter pets, but they shouldn't have a problem finding forever homes. Adoption rates have reportedly jumped 20 percent during the coronavirus pandemic.

For more information on these animals, visit the Brandywine SPCA's website.