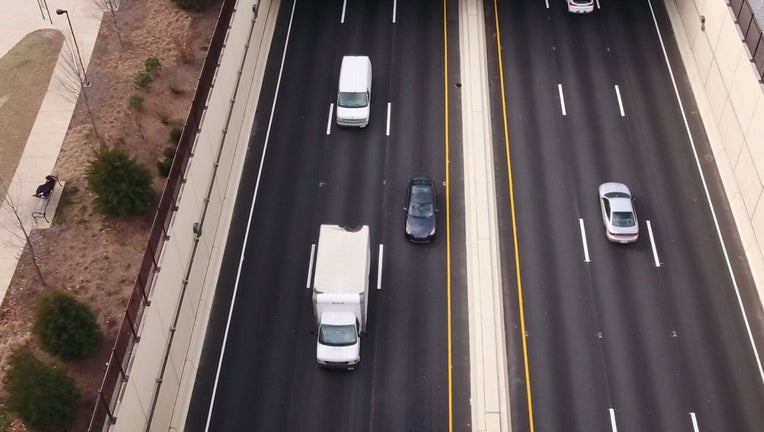 BOSTON - Carbon emissions from cars, trucks and other means of transportation would drop while gas prices would jump under a multi-state draft climate proposal released Tuesday.

The proposal - known as the Transportation and Climate Initiative - is aimed at reducing pollutants contributing to global warming. An alliance of Northeast and mid-Atlantic states have been working on the project that would create a cap on pollution from transportation.

Under the agreement, wholesale fuel companies would be required to purchase pollution allowances at auction. The sale of those allowances could generate billions for states to invest in carbon-reducing transportation options - like electric buses, electric car charging stations, bike lanes and sidewalks.

If fuel companies pass the cost of the allowances onto consumers, the price of gas in the region could climb by five cents to 17 cents per gallon in 2022, when the pact would take effect.

The states say they hope the change would also put pressure on fuel companies to come up with alternatives to carbon-polluting fuels.

The pact would cover all of New England, except New Hampshire, and would stretch south into mid-Atlantic states - a geographic area that has tens of millions of registered vehicles.

The transportation sector accounts for more than 40% of greenhouse gas emissions in the region, officials said.

Under the proposal, transportation emissions are projected to decline by up to 25% from 2022 to 2032.

New Hampshire had been a part of the deal, but Republican Gov. Chris Sununu said his state was pulling out just hours after the draft agreement was unveiled.

“I will not force Granite Staters to pay more for their gas just to subsidize other state’s crumbling infrastructure," Sununu said in a written statement. “This program is a financial boondoggle."

Supporters say the pact would be a major step toward reducing transportation pollution - while also generating money to help pave the way to a renewable energy future.

One of those supporters is Massachusetts Republican Gov. Charlie Baker.

“You can use those resources to do a variety of things, but some of the things I think you'll see states use it for are charging stations, more money in public transportation, more investments in things that would encourage the development of electric vehicles,” Baker said.

The pact would help Massachusetts reach goals set out in a 2008 law that requires the state to reduce its carbon emissions by at least 80% below 1990 levels by 2050.

Critics of the initiative say it will be bad for the economy and for families that rely on their cars to get to work and school.

Christopher Carlozzi, the Massachusetts state director for the National Federation of Independent Business, called the plan a hidden gas tax increase that will increase operating costs for small businesses, resulting in higher prices for Massachusetts consumers.

He said that's particularly true for businesses where telecommuting isn't an option.

“Most small businesses require their workforce to be on-site," he said. “Retail stores, restaurants, construction sites, and manufacturers cannot operate without their staff at the place of business."

Supporters say there are other benefits. They estimate the agreement could result in fewer cases of asthma, premature deaths and traffic-related injuries. They also said the shift away from polluting fuels could save hundreds of millions by avoiding the worst impacts of climate change.

“It sends a clear signal to the market that there is going to be a price on carbon,” Theoharides said.

The deal would be modeled in part after the nine-state regional "cap-and-invest" system for power plant emissions known as the Regional Greenhouse Gas Initiative. That pact involved many of the same states including every New England state plus Delaware, Maryland and New York.

The proposal released Tuesday is a draft version of a final proposal that will be released in the spring, allowing time for the public to weigh in. At that point, each state will decide whether to formally sign the final agreement.

The effort comes as the Trump administration has battled California over that state's efforts to curb fossil fuel emissions.

The states involved in the Transportation and Climate Initiative pact have joined a lawsuit against the U.S. Environmental Protection Agency over what they call that agency's illegal attempt to revoke California’s authority to set its own greenhouse gas tailpipe emissions standards.