Every child born today will be profoundly affected by climate change at every stage of life, report warns

The report validates the urgency in recent calls to action from youth across the globe, most notably from 16-year-old climate activist Greta Thunberg.

LOS ANGELES - A child born today will experience a world more than four degrees warmer than the pre-industrial average, and climate change will now have a far-reaching effect on human health from infancy through adolescence, adulthood and old age, according to the 2019 report from the Lancet Countdown.

The report validates the urgency in recent calls to action from youth across the globe, most notably from 16-year-old climate activist Greta Thunberg, who has delivered scathing criticisms to policymakers the world over for not doing enough to combat climate change.

The Lancet Countdown provides an independent assessment of the delivery of commitments made by governments worldwide under the Paris Agreement, but the 2019 report found that not enough changes are being made to create the kind of impact outlined in the accord.

The report comes from an international, multidisciplinary collaboration and represents the findings and consensus of 35 leading academic institutions and UN agencies from every continent. It draws on the expertise of climate scientists; ecologists; mathematicians; engineers; energy, food and transport experts; economists; social and political scientists; public health professionals and doctors, to generate the quality and diversity of data required.

“Many of the indicators contained in this report suggest the world is following [a] ‘business as usual’ pathway... A business as usual trajectory will result in a fundamentally altered world,” the report warns, and children are the ones who will carry the significant majority of the burden.

The Paris Agreement stated the target goal of “holding the increase in the global average temperature to well below 2°C above pre-industrial levels and pursuing efforts to limit the temperature increase to 1·5°C.”

Were the world on par with achieving this goal, a child born today would see an end to the use of coal in the U.K. and Canada by age 6 and 11, respectively. By age 21, they would be able to witness France banning the sale of all petrol and diesel vehicles. In their 31st year of life, they would witness the world reaching net-zero in 2050.

"This second path—which limits the global average temperature rise to ‘well below 2°C”’—is possible, and would transform the health of a child born today for the better, right the way through their life," the report argues, but this is only if significant action is taken to meet the standards of the Paris Agreement.

The world has observed a 1-degree Celsius temperature rise above pre-industrial levels already. North western Canada has experienced a rise as high as 3-degrees C due to polar amplification. The past decade has seen eight of the 10 hottest years ever recorded. 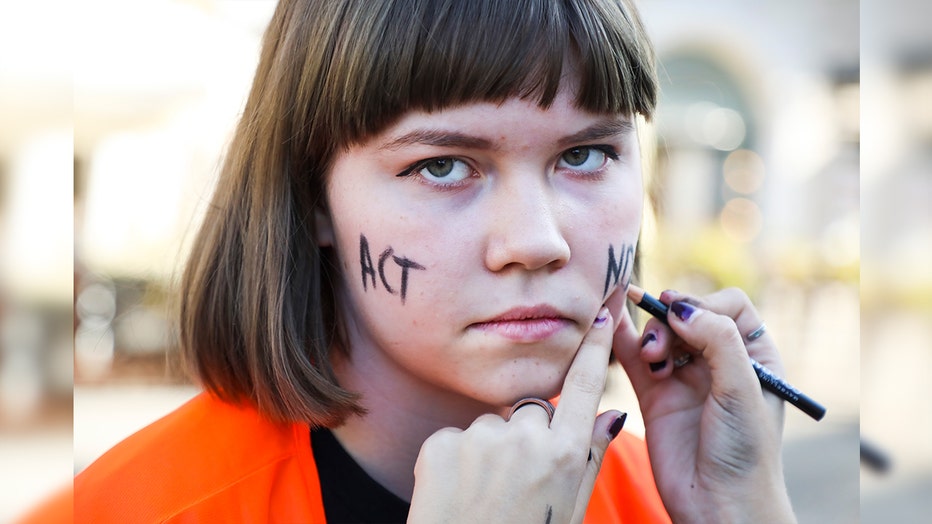 If humanity continues on the same path, the report warns, the outcomes will be nightmarish.

Yield potential for all major crops has been on the decline globally since 1960, threatening food production and food security, with infants often experiencing the brunt of resultant under-nutrition. As disease transmission becomes easier and the changing climate allows for more suitable days for pathogens, infants will be hit particularly hard due to their developing immune systems.

This is only the beginning of climate change’s grip on a person’s life under unchanging circumstances.

Air pollution from fossil fuels, which becomes worse with climate change, will then take its toll on children throughout adolescence and into adulthood, causing damage to every vital organ in the body, such as the heart and the lungs.

As adolescents age into adulthood, increases in the frequency and severity of extreme weather conditions will threaten families and livelihoods, and the report says that women are particularly vulnerable.

Across the world, we’re already feeling the immense effects of extreme weather events.

In low-income countries, the burden of this type of extreme weather event will land almost entirely on individuals and households.

Extreme heat and heatwaves will also continue to get worse, especially in Europe and the eastern Mediterranean. In the past two decades, from 1990 to 2018, populations in every region across the globe have become more vulnerable to heat and heatwaves. People who are aged 65 or older will be particularly vulnerable to the excess heat.

Rising temperatures and heat waves will also limit the labor capacity of many populations. In southern regions of the U.S. alone, the hottest month of 2018 forced a 15-20 percent loss of potential daylight work hours.

Migration, poverty exacerbation, violent conflict and mental illness are additional problems awaiting future generations, but it’s difficult at this point to quantify the extent of the effects of these issues.

“Human wellbeing, and the stability of local communities, health systems, and governments, all depend on how they interface with the changing global climate."

Despite the fact that the report’s authors say current progress is inadequate, they point to several trends that are cause for hope.

Global per-capita use of electric vehicles is increasing in China, a country notorious for dangerous smog levels.

Cities and health systems around the world are adapting and becoming more resilient to the effects of climate change. More than half of the cities surveyed for the report indicated that there are national health adaptation plans or climate change risk assessments being implemented.

Though this progress is promising, the findings of the Lancet Countdown 2019 report show that there is still much more work to be done.

“Bold new approaches to policy making, research, and business are needed in order to change course,” the report urges.“An unprecedented challenge demands an unprecedented response, and it will take the work of the 7.5 billion people currently alive to ensure that the health of a child born today is not defined by a changing climate.”