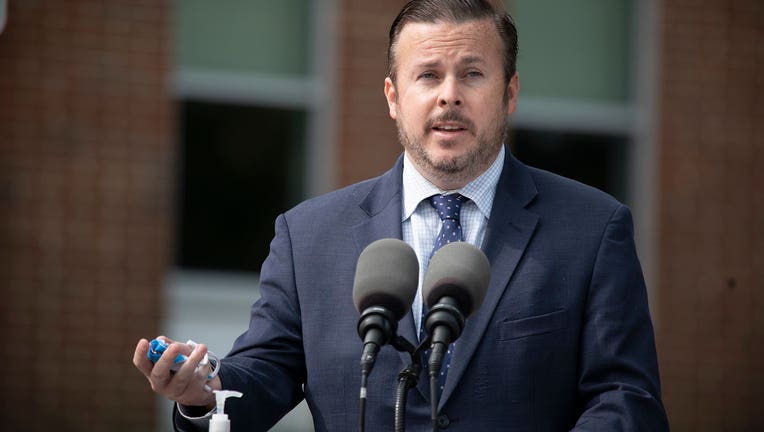 PHILADELPHIA - Pennsylvania State Representative Kevin Boyle was arrested Friday afternoon for violating a protection from abuse order, according to police.

Boyle, a democrat, was taken into custody around 3 p.m. and released on Saturday morning, police said. He was charged one count of harassment.

The 41-year-old Philadelphia native has been a member of the Pennsylvania House of Representatives since 2010. He is currently serving District 172, which covers a large swath of Northeast Philadelphia.

Boyle is scheduled for a mental health evaluation as part of an agreement with the Philadelphia district attorney’s office his attorney, R. Emmett Madden, said in a statement. Madden also noted that "Boyle is not accused of any act of violence."

"He intends to follow through with all Court, mental health and medical recommendations, including treatment. We are confident that with treatment, Kevin can return to full health, resolve these charges, and continue serving his constituents," Madden added in his statement.

Pennsylvania House Majority Leader Rep. Kerry Benninghoff called the news of Boyle's arrest "more than troubling" and called for his resignation if the allegations levied against him are true.

"It is clear Rep. Boyle should resign from office now to focus on his personal health and the future well-being of those around him," Rep. Benninghoff said.