Troopers responded to Brackett's post after he failed to answer his radio. The responding officers began CPR and medics transported Brackett to Jefferson-Torresdale Hospital where he was pronounced dead. 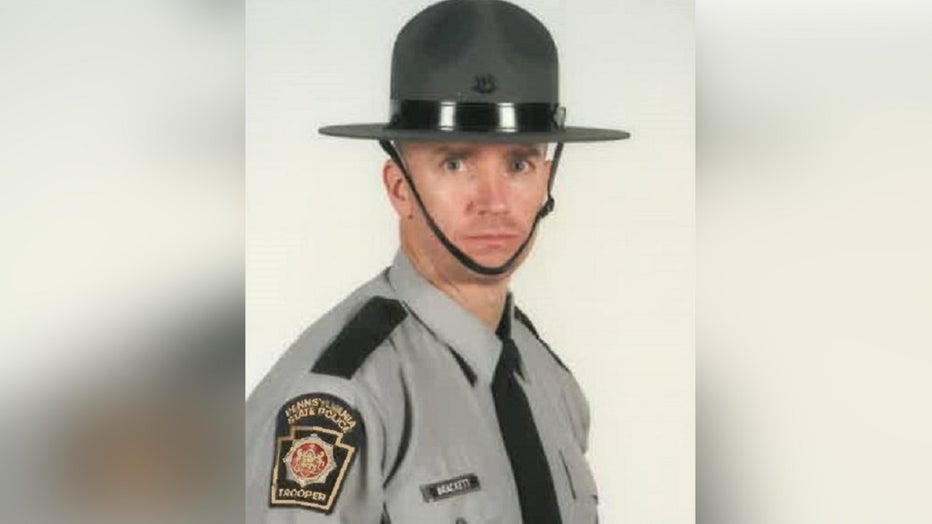 A former United States Marine, Brackett was a 17 year veteran of the Pennsylvania State Police force.

"All personnel of the Pennsylvania State Police are deeply affected by this loss," said Lieutenant Colonel Evanchick. "Our thoughts are with Trooper Brackett's family and friends as they mourn his sudden passing."