Biden, Harris arrive at US Capitol for inauguration

Watch as President-elect Joe Biden and his wife, Jill, arrive at the complex before his swearing-in ceremony. They were accompanied by Vice President-elect Kamala Harris and her husband, Douglas Emhoff, and were greeted by U.S. Sen. Amy Klobuchar of Minnesota.

The parade spotlighted everyday Americans and performance groups from a variety of U.S. states, territories and backgrounds. 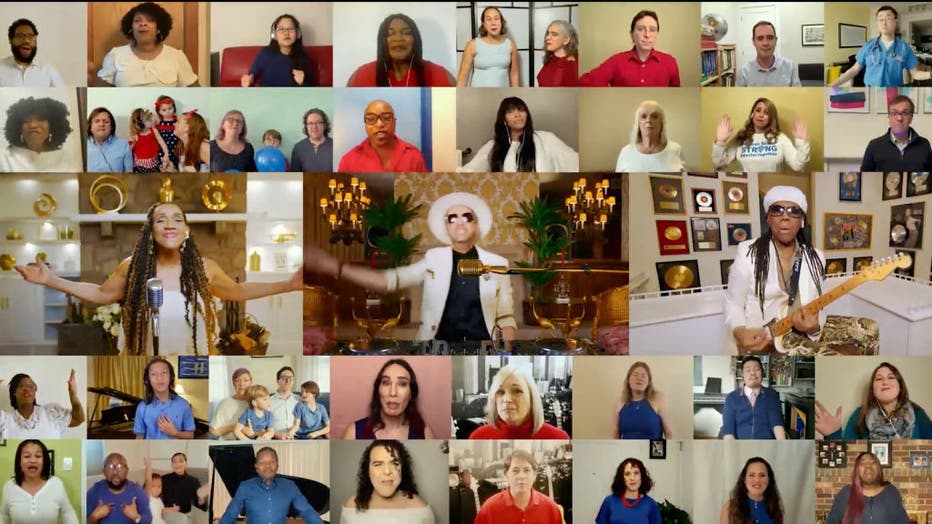 Jon Stewart kicked off the parade, highlighting the "unsung heroes" in America that are keeping the nation going through the pandemic.

"We may not be able to be together in person but we can still gather, even if it’s virtual and celebrate this grand tradition," he said. "This year we’ve had to create a new style of parade, allowing Americans from our states and territories the ability to participate safely from their hometowns."

The parade featured pre-recorded performances from choirs, bands and dancers from across the country.

"It’s been a tough year. The pandemic, economic downturns, political division, social unrest — but we need to remember this: that every day, we may not be hearing about it on the news, you may not be seeing it on the internet but there are millions of unsung American heroes who are keeping our nation going, caring for our loved ones, teaching our kids, keeping us all connected, making us smile, reminding us about what it is to truly be an American and what is great about it," Stewart said. "That’s what this day is about. An America united by our commitment to each other."

Viewers were introduced to several everyday Americans throughout the program.

The first was 12-year-old Jason Zgonc from Georgia, who plays his trumpet at hospitals during workers’ break times to cheer them up.

Then Dr. Jason Campbell, also known as the "TikTok Doc" from Oregon, talked about how he’s been lifting spirits during the COVID-19 pandemic.

Cathy Cluck, an AP U.S. history teacher in Texas, recounted her travels to virtually teach her students history from the places where it happened amid the pandemic.

And Mama Mikki Stevens, an 80-year-old performer with the Red Hot Mamas from Idaho, talked about how her group is performing in assisted living and retirement home parking lots – parading around the buildings so all the quarantined residents can see.

And, amid a breathtaking backdrop in the Wind River Reservation in Wyoming, the Northern Arapahoe and Eastern Shoshone dancers performed. The Native American Women Warriors, the nation’s first all-female Native American color guard, also saluted the president. The group recognizes women veterans who have served in the armed forces, especially those of native descent.

"As we’ve seen throughout today’s celebration in communities large and small, the American spirit in all its glory remains alive and well in our people," said actor Tony Goldwyn, who hosted the event. "A hopeful reminder as we commit ourselves to our goal of an American united."

The event begins at 8:30 p.m. ET. You can watch live coverage on NewsNow from FOX.