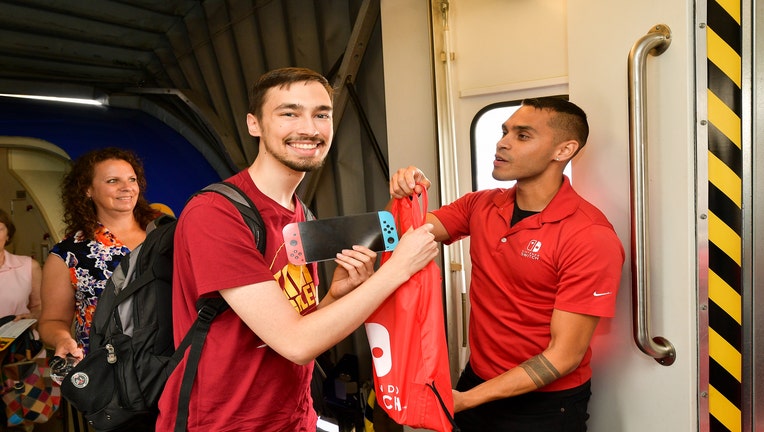 DALLAS - Passengers on a Southwest Airlines flight got more than a small bottle of water when they boarded their plane.

They received a Nintendo Switch system and a download code for the digital version of the "Super Mario Maker 2" game to enjoy as Flight 2246 traveled from Dallas to San Diego on Wednesday. Many of the passengers were headed to Comic Con.

Mario was on hand to greet the passengers when the flight arrived.

We partnered w/ @NintendoAmerica to give away the ultimate travel companion, Nintendo Switch. Enter the Let’s Play Giveaway sweeps for a chance to win a Nintendo Switch & a digital download of Super Mario Maker 2 game!

The gaming-themed flight highlighted Southwest's partnership with Nintendo in the Let's Play Getaway sweepstakes that awards a daily winner a Nintendo Switch system and a download code for the digital version.