FOX 29's Kelly Rule has more on Pennsylvania counties that are begging for more doses of the coronavirus vaccine.

PHILADELPHIA - The coronavirus vaccine rollout is still facing challenges in Pennsylvania as many who need their shots the most have experienced an arduous and frustrating registration process.

Philadelphia psychologist Dr. Valerie Braunstein got her double dose of the Moderna vaccine on Wednesday, but spent hours booking an appointment for her 93-year-old grandmother and her 65-year-old mother who is battling stage-4 ovarian cancer.

"It's great to say 'oh we're prioritizing this group' but if they can't access it are you really prioritizing it," Braunstein said.

Similar frustrations were heard from Pennsylvania lawmakers on Thursday during a senate joint-committee hearing. The acting health secretary said Pennsylvania is focused on ensuring everyone that gets the first shot will get the crucial second dose. 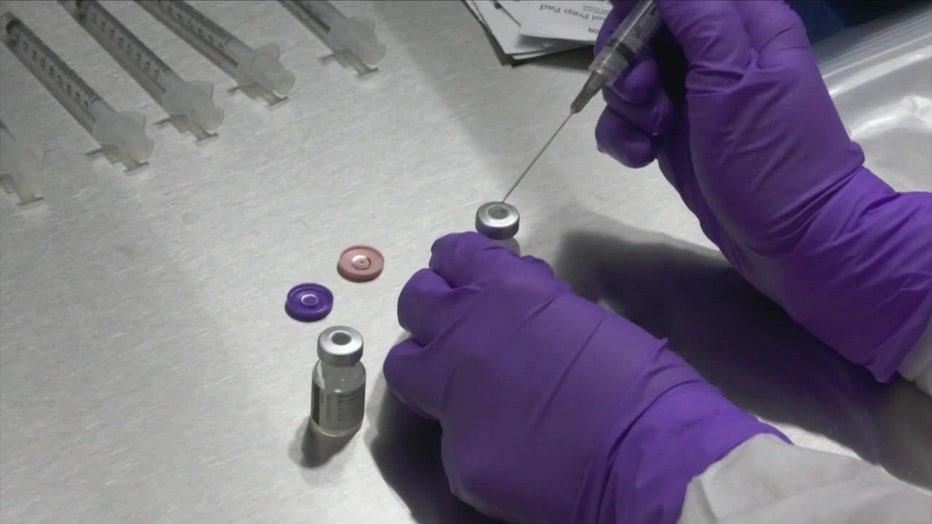 Pennsylvania, like other states, is forced to divvy up its vaccine allotment from the federal government each week. This means counties often do not receive enough doses to meet the overwhelming demand.

Bucks County officials claim they could be vaccinating 5,000 people a day, but they have only been receiving 2,000 dose weekly installments from the state. Bucks Couty Commissioner Diane Ellis-Mareglia said the county signed millions in contracts to turn testing sites into vaccination clinics.

"We're ready, as long as we get more vaccines we'll open more places than that," Ellis-Mareglia said. "I'm starting to see in other states where people have gotten it in April or in June, they're not happy but they're not angry anymore."

Across the river in Camden County, a local man became the county's 10,000th person vaccinated. Camden official Louis Cappelli credits their success to partnering with healthcare systems, but he believes there is more to be done.

"We have the capacity to do 12,000 a week we just need more vaccines that's really the biggest issue," Cappelli said.

Meanwhile, in the northern part of the state, Johnson & Johnson submitted for federal approval of its one-dose vaccine that's seen by many as a potential game-changer. Johnson and Johnson said the vaccine, which is said to be at least 66% effective at preventing mild-to-severe infections, could be ready to ship upon approval.