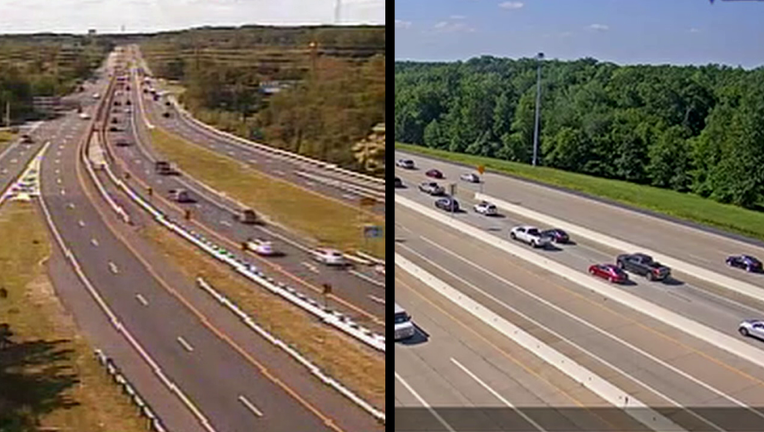 NEW JERSEY - FOX 29 traffic cameras tell the story.  Memorial Day the unofficial start of summer has come and gone. Cars lined the highways headed back from the shore.

People flock home from the shore after Memorial Day weekend

Wendy Kime, her daughter Meecah and friend Elisa stopped to regroup at Farley Plaza on the way home to King of Prussia.

"Traffic wasn't too bad. We got a later start out going back so it wasn’t bad. We planned on leaving earlier but the girls were having too much fun," said Kime.  Neither traffic or storms expected tomorrow affected their time to travel.  The kids have to be back for school but they don't mind.  It was a good shore weekend.

"It was pretty warm, we went to the pool, the beach and walked around," said Meecah.

"I wish I was still there but I like going home too. I can snuggle in my bed" said Elisa Charles.

Gas pumps along the AC Expressway were backed up.  That's where I talked to Richard and Kimberly Goodhart with their dog Romeo.  They were headed back to Langhorne after four days in Margate.

"There's certain spots where we ran into a lot of traffic and other spots it was smooth sailing," said Richard.

"I read my Waze and I tell him go this way or go that way or something came up. Yes, so I navigate," said Kimberly.

Amy Mallon and her twins Fiona and Finnegan stopped to fill up too.

"Not so bad. We had a good nice weekend so it's not as bad coming back hitting the traffic," she said.  The kids were beat from a fun-filled weekend in Cape May.  They were tired out in the back seat headed home to Collingswood.

"I thought traffic wasn't going to be as bad cause I thought people would stay on the beach longer. So I left kind of during the beach time but people left at all different times. I didn't avoid anything," said Mallon.