The Philadelphia Streets Department is beginning their project improving bike safety across the city. The start of the project comes days after a female bicyclist was fatally struck by a vehicle near the Philadelphia Art Museum.

PHILADELPHIA - The City of Philadelphia on Monday began work on new bike lane improvements across the city, just days after a woman was fatally struck while riding her bike near the Art Museum.

The Philadelphia Streets Department is starting work this week on improving six bike lanes in hopes of improving bike safety on the city's streets.

Kay Fakuda was cycling her way to a late morning meeting on Monday, navigating her way through the always-tricky bike lanes in the Art Museum areas.

"I'm very careful, and I try to run my errands at a time when it's not so busy here," Fakuda explained to FOX 29's Dave Schratweiser.

Fakuda was traveling almost the exact same route as the 74-year-old woman that was struck and killed on her bike Saturday morning by a driver as police say the victim tried to cross through a traffic lane.

Cyclists say the area around the Art Museum like the circle and the area off Spring Garden Street, can be tricky to navigate. 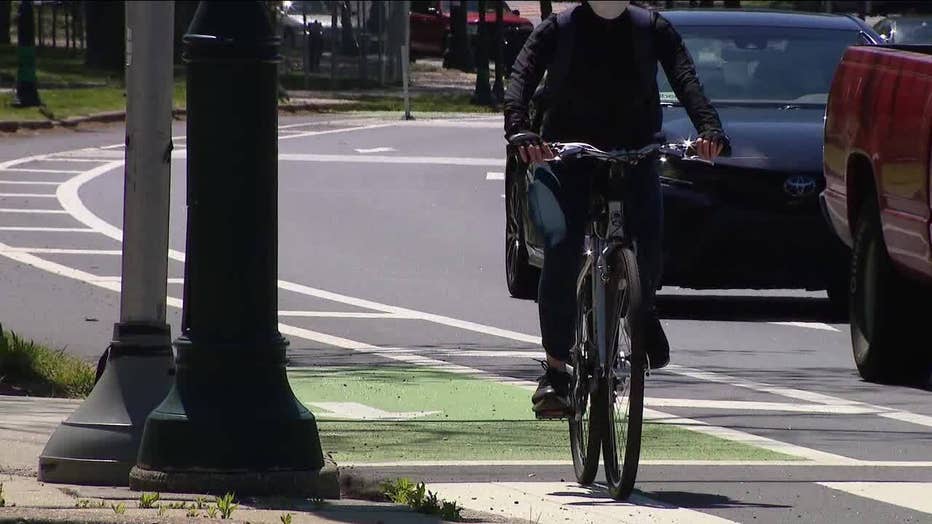 This weekend's accident came just days before the city began its work on half a dozen new bike lane improvement projects. Four of those projects involve upgrading or reconfiguring bike lanes off of Spring Garden Street with the installation of pavement markings, flexible lane posts, and new bike lane signage.

City officials tell FOX 29 the Streets Department has been made aware of Saturday's deadly accident as they review accident data with the Philadelphia Police Department each month so they can make improvements.

Police say they are continuing to investigate that incident and interviewing witnesses. The driver, who stayed on the scene of the accident, has not been issued any violations and no charges have been filed.