Jayvon Mitchell Pendleton was 20 years old when he was murdered on March 2, 2016.&nbsp;

PHILADELPHIA - More than 300 people joined a virtual candle lighting to remember victims of violence and to honor survivors.

Jayvon Mitchell Pendleton was 20 years old when he was murdered on March 2, 2016.

Five years later his mother continues to advocate against gun violence for her son and other families of victims.

FOX 29's Shawnette Wilson spoke with her at her South Philly home this evening as she sat in front of a painting of her son showing various stages of his life. 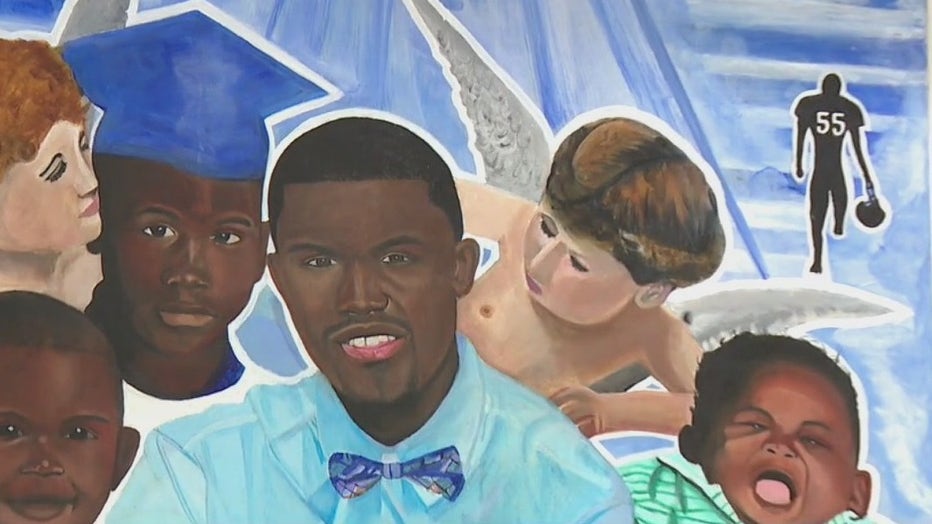 "Graduating middle school right here and graduating high school. His high school prom right here," she said. Felicia spoke with me before logging on to a virtual candle lighting ceremony tonight by the Philadelphia Coalition for Victim Advocacy.

"It makes you feel like you’re not alone," said Felicia. They held a moment of silence, paid tribute to victims of different acts of violence and honored survivors. Families shared their heartache and support for each other. Along with others, a photo memory of Jayvon was shared.

"He was fun, he was loving, he was a college student, and he went to Cheney University, played football for Imhotep Charter School. He didn’t deserve to die." Felicia says it's heartbreaking the response to violence in our city.

"We’re quick to want to go loot and tear our city down when it’s an officer and a black person but when it’s a black-on-black crime it’s like everybody goes on like it’s nothing," she said. Still, she's committed to the fight against gun violence.

"Not just for my son because I can’t bring him back. But I’m going to keep fighting for all of our children," she said.

For more information visit the following: