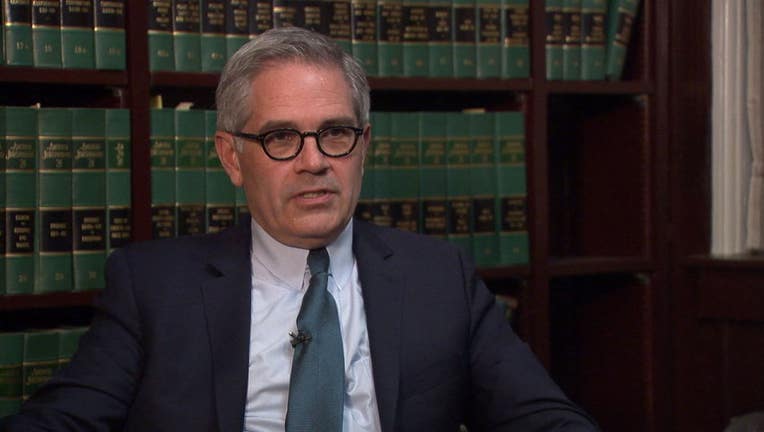 PHILADELPHIA - The Philadelphia District Attorney’s Office is moving forward with the expansion of the Early Bail Review Program.

The Early Bail Review Program will give more defendants the opportunity for a fair and impartial hearing to determine whether or not they must remain in custody pretrial, according to District Attorney Larry Krasner's Office.

Krasner's office stated in a release on Tuesday that these efforts are aimed at safely reducing pre-trial detention, lowering the jail population, and bolstering community-based approaches to pre-trial services for defendants.

Beginning March 1, 2021, the Early Bail Review Program will allow all defendants to have robust custody hearings before a judge if their bail is set at $250,000 or less. This will happen within the first several days of arrest.

Prior to the expansion, custody hearings of this type were only allowed for defendants whose bail was set at $100,000.

The new Early Bail Review Program will also consider those defedants on probation or parole detainers.

"The expansion of Early Bail Review to more defendants within days of arrest will help ensure we are not needlessly incarcerating people who are not a danger to the public, as well as reducing harms associated with separating individuals from their families, vocations, and communities," Krasner said. "On March 1st, the City of Philadelphia will take an important step toward reforming the pre-trial system by shifting away from cash-based determinations toward community-based approaches that prioritize public safety and fairness."

Officials say that the Early Bail Review Program will allow judges in different cases to order house arrest in Early Bail Review, which is not possible at preliminary arraignment. Defense attorneys can design a home plan for defendants that includes drug treatment and other supportive services.

"I am hopeful expansion of Early Bail Review will be a major step toward ending cash determinations on bail in Philadelphia," Krasner also added. "It is the goal of my office -- and I hope of our system partners as well -- that within the next six months we are able to expand this program and offer bail hearings within three days of arrest to all criminal defendants."

Krasner asserted that the city had a responsibility to ensure that regardless of wealth one should not be stuck in custody and that "and that the public is protected against those individuals who present a real and immediate public safety threat."