TRENTON - When it comes to Philadelphia vs. New York, there's usually no love lost between sports cities, but when the two rivals met Saturday at Arm and Hammer Park in Trenton it was precisely love and support that brought them together.

"It kind of enables us to take care of them," Lieutenant John Hoyt said. "Not just in the weeks and months after someone is hurt or killed, but years down the road."

This year's event benefitted Andy Chan's family. Chan sustained a traumatic brain injury in January after his motorcycle was struck by a van while on his way to work.

"He's progressing very well and we'd like to thank everybody for their love and support," said Officer Chan's sister Serena Chan.

The game expects to raise around $10,000 for Officer Chan's family and other families in similar positions. Donations can still be made by clicking here.

"I was out of work for six months, so it really has helped to pay the bills and get us through this difficult time," said Officer Chan's wife Tent Chan. 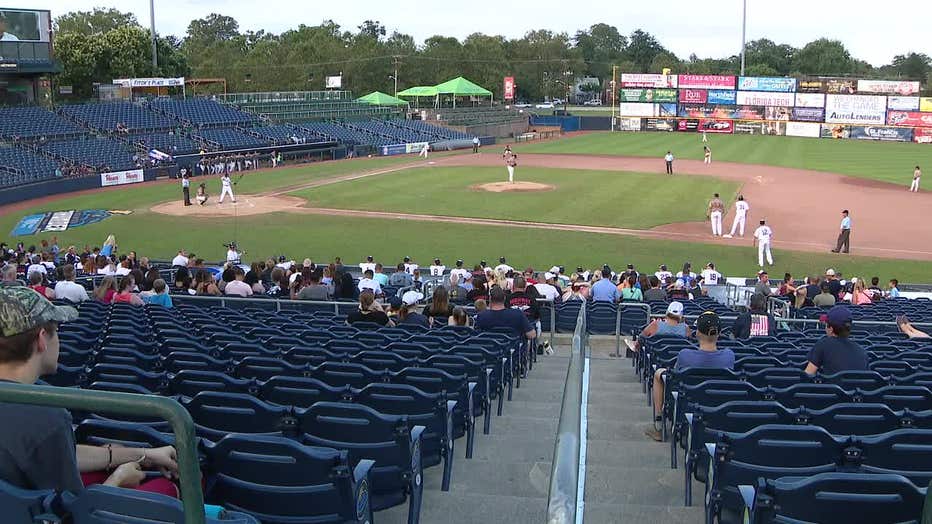 "It's so important to see all the messages that come through. All the love is very uplifting, especially during this time when all you want to do is just crawl under a rock," Tent said.

Philadelphia and New York might not support each other on the field, but Saturday everyone was working towards the same goal.

"If we don't take care of our own, who will?" Officer Dave Szczepkowski asked. "That's why FOP and everybody does a great job with assisting anybody that's been hurt on duty, especially something tragic like Andy was through."