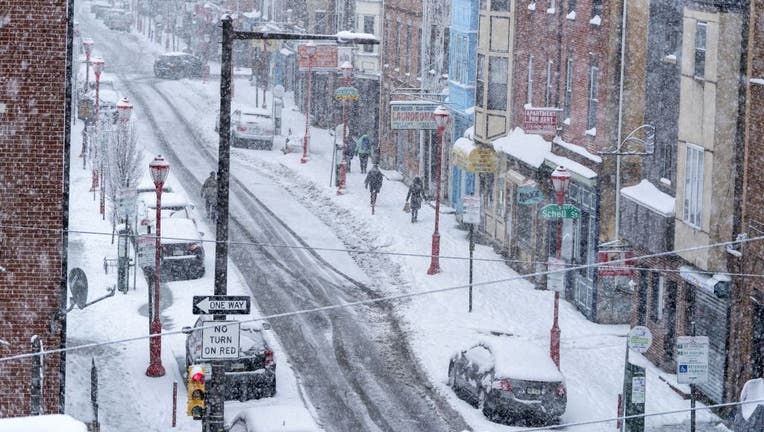 PHILADELPHIA, PA - MARCH 21: Pedestrians walk through snow and high winds on March 21, 2018 in Philadelphia, Pennsylvania. The fourth nor'easter in three weeks has forced school closures and flight cancellations on the second day of spring. (Photo by

CENTER CITY - In an effort to keep roads clear during the ongoing nor'easter, Philadelphia is offering 24-hour parking for a flat rate of $5 at six garages in Center City during the snow emergency.

To take advantage of the limited-time rate, residents must pay their ticket at the Philadelphia Parking Authority management office in each garage. The following garages are participating in the offer:

The city said it also will not enforce meters, kiosks, and time limit violations on residential blocks until the snow emergency is over.

Philadelphia's Streets Department is prepared for the snow with 400 pieces of equipment and 50,000 tons of salt. The department has been brining roads since Friday in preparation for the storm. Plows will start with emergency routes and primary roads before moving on to residential and secondary streets.