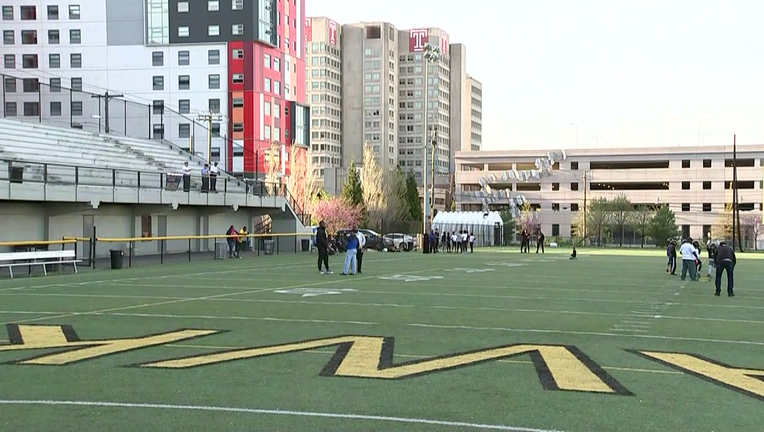 A shooting at a youth field on 11th and Cecil B Moore injures two men.

NORTH PHILADELPHIA - Philadelphia police are investigating a shooting that injured two men at a youth field in North Philadelphia.

Police were called to the field at North 11th and Cecil B Moore Friday, about 6 p.m., on the report of gunshots, according to officials.

Responding officers found a 35-year-old man on the bleachers suffering from a gunshot wound to the hip. A second man, 36-years-old, was shot in his hand.

According to authorities, kids were playing on the field, while about six adults were in the stands watching. A fight apparently began between two men, at which point one pulls out a gun and starts firing. 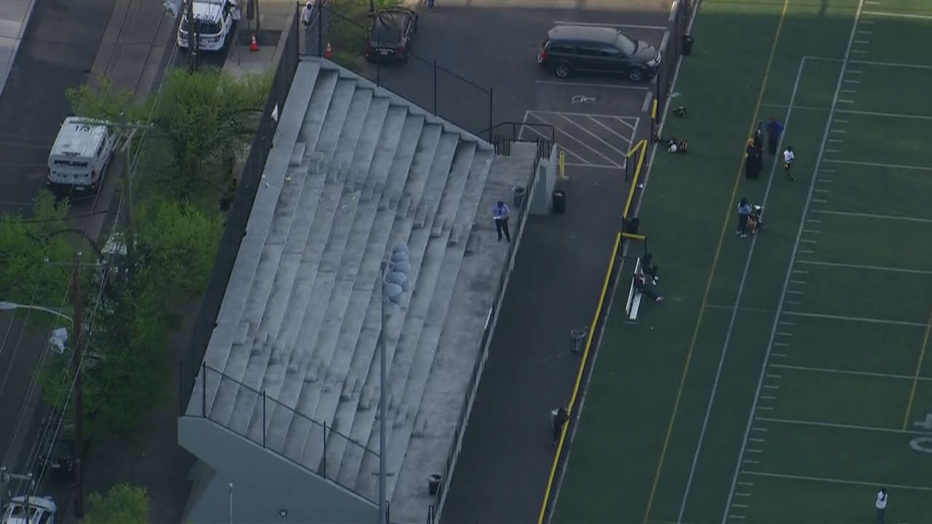 Philadelphia police investigate a shooting at a youth field in North Philly that injured two men.

Philadelphia Police Captain John Walker explained one of the victim's was not part of the argument, but was injured in the shooting.

The two injured men were taken to Temple University Hospital. They were both listed in stable condition.