Philadelphia police are investigating a fatal shooting in Wissahickon. FOX 29's Steve Keeley has the story.

PHILADELPHIA - Police are investigating after a man was shot and killed at a Sunoco gas station in Wissahickon Sunday night, marking the city's 120th homicide for the year.

Several large bullet holes could be seen in a gas pump as investigators collected spent shell casings left at the scene.

According to police, the incident began at approximately 10:58 p.m. on the 5600 block of Ridge Avenue when officers received calls for shots fired at the gas station.

A lieutenant servicing the area noticed blood on the ground, officials say.

A trail of blood led investigators to the 28-year-old victim about half a block away and he had multiple gunshot wounds throughout his body, according to authorities.

Police say the car he was in when he was shot has Georgia plates and it is believed to be a rental. 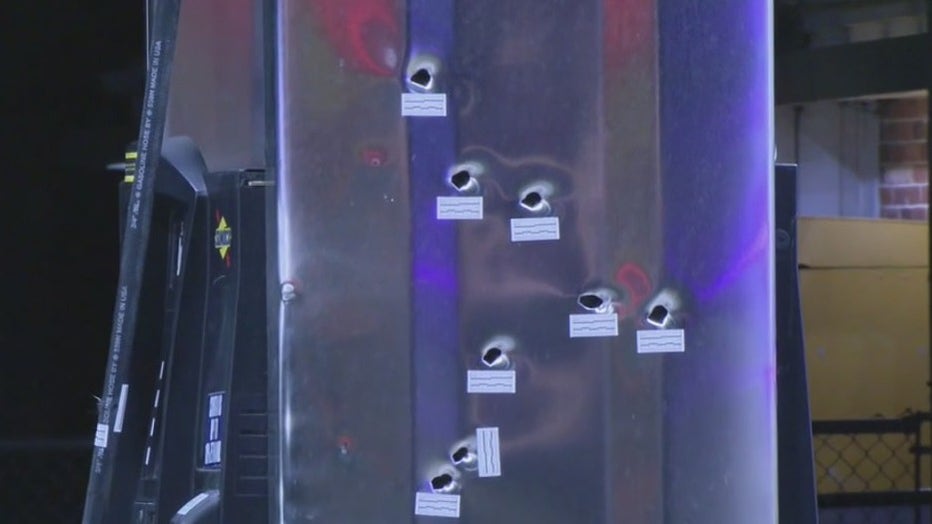 Authorities say it is very uncommon for this neighborhood to see this type of violence and the motive is still unclear.