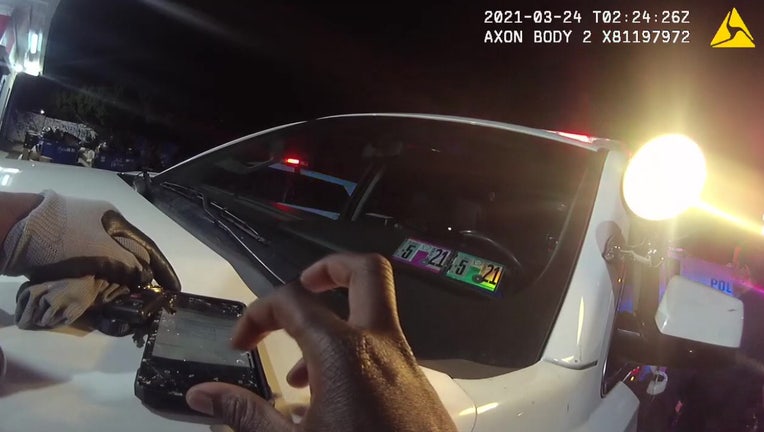 PHILADELPHIA - A Philadelphia police officer is facing charges after allegedly deleting an arrest video from a man's phone in March.

It happened after a traffic stop on March 23. Jacob Giddings and his attorney say officers approached Giddings at a gas station and asked him to get out of the car. Giddings refused and instead asked for the officer's supervisor. That is when Officer Tyree Burnett can be seen on video dragging Giddings out of the car.

In body cam footage obtained by Giddings and Mills, Officer Burnett can be seen picking up and tapping on Giddings phone.

The Philadelphia Police Department immediately opened an investigation into the allegation. Officer Burnett was placed on administrative duty pending the outcome of the investigation.

The Philadelphia District Attorney’s Office charged Officer Burnett on July 20 with tampering with evidence, obstruction of justice, and official oppression.

Officer Burnett is a four-year veteran of the Philadelphia Police Department. He was last assigned to the 35th District.

Philadelphia Police Commissioner Danielle Outlaw has suspended Officer Burnett for 30 days with the intent to dismiss.