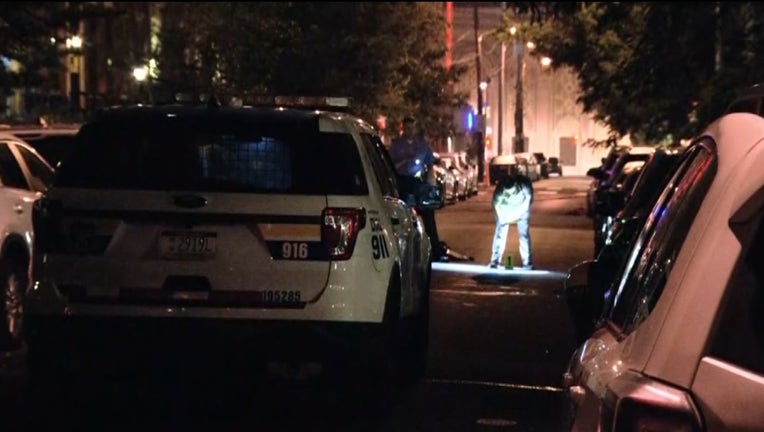 PHILADELPHIA - The Philadelphia Police responded to nearly a dozen shootings in just a few hours on the evening of July 4th.

Of the numerous victims involved, the majority were in their young 20s and six of the victims were just teenagers.

The first four shootings all happened within a half an hour of each other during the 10 o'clock hour.

At approximately, 10:21 p.m. the evening's first shooting happened on the 100 block of South 52nd Street. When police arrived, they found an 18-year-old male suffering from gunshot wounds to the chest. He was taken Penn Presbyterian Medical Center where he is currently listed in critical condition.

The second shooting happened at approximately 10:36 p.m. when police responded to the Children's Hospital of Philadelphia for a shooting victim. The incident happened on the 6000 block of Walton Street when a 15-year-old male suffered gunshot wounds to the left leg and left foot. He remains hospitalized in stable condition.

Shortly after, a triple shooting left two men dead and one teenage girl injured. The incident happened during a cookout on the 100 block of South 60th Street. One of the male victims suffered a gunshot wound to the head while the other was shot multiple times to the torso. The teen girl remains hospitalized in stable condition.

Eight minutes later, police in Powelton responded to a shooting on the 300 block of North 32nd Street. A 22-year-old man had suffered a gunshot wound to the left arm. Police took him to Penn Presbyterian Medical Center where he is listed in stable condition.

In the next hour, two shootings occurred. The first one happened at approximately 11:21 p.m. on the 2100 block of West Sedgley Avenue. A 17-year-old was shot multiple times in the chest. He was pronounced dead at the scene at 11:38 p.m. He was later identified as Tyron Rozier.

Shortly after at 11:52 p.m. on the 3700 block of Frankford Avenue, police responded to reports of a shooting on the highway. When they arrived, they found a 19-year-old male had suffered a gunshot wound to the right leg. He was taken to Temple University Hospital and is currently listed in stable condition.

The next shooting, which happened on the 5900 block of Hazel Avenue, left a 20-year-old man dead. He had been shot multiple times to the abdomen and the right thigh. He was taken to Penn Presbyterian Medical Center where he was pronounced at 2:10 a.m. He was later identified as Kevon Sample.

At 3:52 a.m., police responded to the Penn Presbyterian Medical Center for a shooting victim. When they arrived, police learned a 19-year-old man had suffered gunshot wounds to the groin and lower back. He walked to the hospital and is currently listed in stable condition.

The final shooting of the morning happened at approximately 4:25 a.m. Police responded to the 1600 block of Green Street for a report of gunshots. A 20-year-old man had suffered a gunshot wound to the left leg. He is currently listed in stable condition at Penn Presbyterian Medical Center.

So far no arrests and no weapons have been recovered in any of these incidents.