A Philadelphia woman has been identified as the victim in a cold case murder investigation that dates back to 1977, authorities in Delaware announced on Tuesday.

WILMINGTON, Del. - A Philadelphia woman has been identified as the victim in a cold case murder investigation that dates back to 1977, authorities in Delaware announced on Tuesday.

New Castle County Police say back in 1977, the body of a female was located in a wooded area off Old Union Church Road in Townsend by a teenager who was riding home on his bike.

Authorities responded to the scene and later determined the woman's manner of death to be homicide. An extensive investigation into the woman's murder followed, but detectives were not able to identify the victim or obtain any leads and the case grew cold.

On Tuesday, after years of working with forensic and DNA experts, New Castle County Police identified the victim as Marie Petry Heiser, a Philadelphia resident. Heiser, who was 50-years-old at the time of her death, had not been reported missing to any police agency.

Heiser's husband, William Heiser Sr., was a member of the Philadelphia Police Department's Highway Patrol from the 1950’s until the early 1960’s when he was injured while rehearsing for a thrill show. After leaving the force due to his injuries, he worked as a truck driver for an area transportation company and moved to South Daytona Beach Florida in the late 1970s before his death in 2006.

Family members told police Marie Petry Heiser was a homemaker and mother of two who worked part-time at a country club in Cheltenham in the 70s. 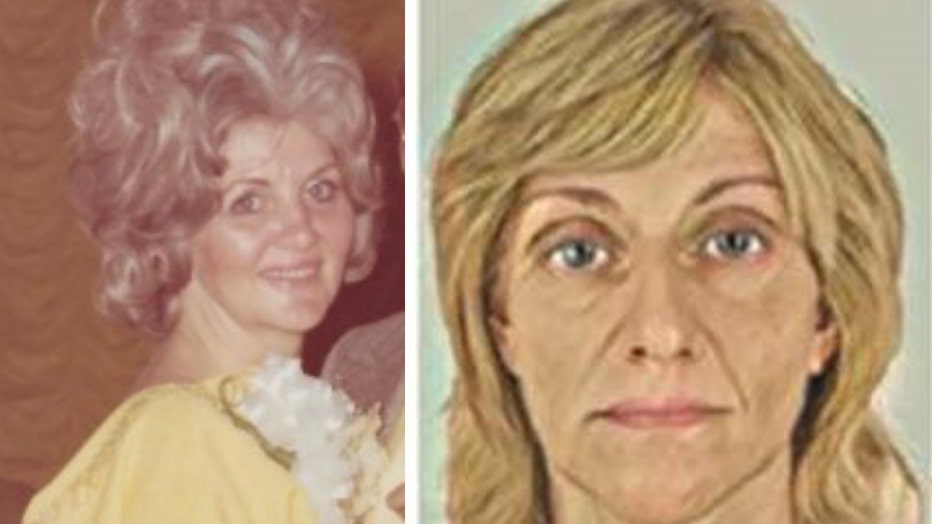 New Castle County Police say Heiser's children were told by their father that their mother had packed her bags and left their Philadelphia home without leaving any information on where she had gone.

"We were told things weren't good at the house. She ended up packing up and leaving," her son Bill Heiser Jr. told FOX 29. "We never in a million years ever, ever thought that it was foul play or something would happen to her," he said.

Police are continuing to investigate the circumstances surrounding Heiser's death and say they are specifically interested in speaking to anyone who may have known the family during their time in Philadelphia, as well as Florida.

CDC: 1 in 4 Americans have received at least one dose of COVID-19 vaccine