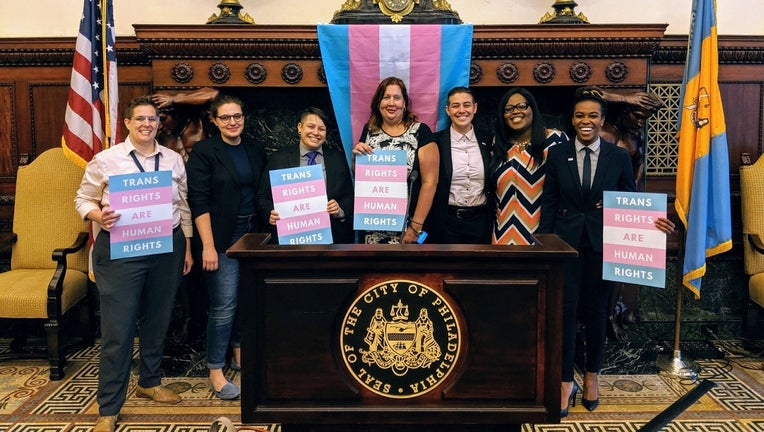 The new police department policy addresses how police should interact with transgender and non-binary people. (Office of LGBT Affairs)

PHILADELPHIA - The Philadelphia Police Department, in partnership with the Office of LGBT Affairs, has announced a new policy addressing police interactions with transgender and non-binary people.

The policy applies to all police interactions, whether with suspects, arrestees, victims or witnesses.

Under the new policy, officers are required to use a person's chosen name and pronouns in paperwork, when interacting with the person and when addressing the media, regardless of what may be listed on the person's ID.

Transgender people must also have the opportunity to express a preference for the gender of the officer who searches them and honor that preference unless doing so would compromise the safety of others. 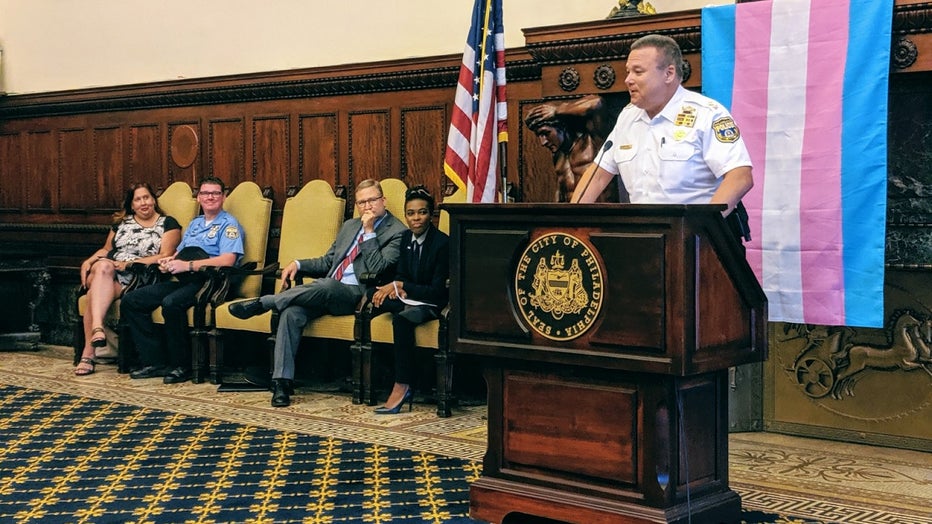 Officials say the policy is meant to serve as a guide for unbiased day-to-day interactions with transgender and non-binary people, as well as those who are being detained or transported. (Office of LGBT Affairs)

"Nationwide, transgender people experience higher rates of mistreatment, abuse and violence at the hands of law enforcement," the Philadelphia Police Department said in a statement. "The new PPD policy aims to provide clear instructions to personnel in order to prevent such incidents in Philadelphia."

“For too long, our transgender and non-binary siblings have faced humiliating, hurtful treatment during their interactions with law enforcement,” said Amber Hikes, Executive Director of the Office of LGBT Affairs.

“This issue is not unique to Philadelphia, but I am proud that our city was among the first to address it head on—and with leadership from members of the trans, non-binary, and gender non-conforming community. Throughout this process, I have seen members of our transgender community lead these essential conversations and direct City government on major policy changes," Hikes added.

"As we close out Pride Month—a celebration made possible because of the early activism of trans people—I am overjoyed that we are able to publicly roll out this policy to ensure protections for our trans and non-binary community.”

In 2017, the Philadelphia Sheriff’s Office released its own policy regarding the transport, search and housing of transgender people. Inmates are processed based on the gender listed on government-issued ID, but they may fill out a “Transgender/Gender-Variant Statement of Search” form to inform the department of their gender identity, preferred name and preference for the gender of the officer who will search them.

The information is kept private and is used to determine how officers refer to the inmate, including what pronouns are used, while in custody. Transgender males are transported with cisgender men and transgender females with cisgender women.

The Philadelphia Department of Prisons has also instituted new options for transgender inmates. Along with the ability to be placed in general population or protective custody, transgender inmates can also be placed into a "buddy" unit, where inmates in need of help to complete daily living skills are housed. In the unit, inmates are able to work, participate in programs and job training, and take part in educational services. Inmates may also opt out of the program if desired.

The new Philadelphia Police Department policy went into effect in March 2019 and can be read in full here.