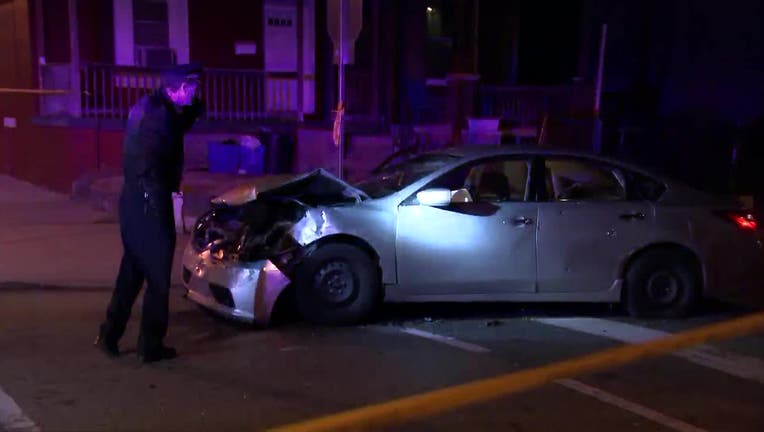 TIOGA - Authorities say one man is dead and another is hurt after a gunman opened fire on a car Friday night in North Philadelphia.

Police responded to the area of Venago Street shortly before 5:30 p.m. after receiving several reports of gunshots.

Responding officers reportedly found an injured 20-year-old man in the passengers seat of a NIssan sedan that had been shot at several times and later crashed.

The victim was taken to Temple University Hospital and treated for head injuries.

While doctors were tending to the injured man, police say a second 20-year-old victim arrived at Temple Hospital with multiple gunshot wounds to the torso. The victim, who authorities believe was the driver of the crashed sedan, was later pronounced dead.

Immediately following the shooting, police say the sedan crashed into the rear of an SUV driven by a 69-year-old woman. She was not hit by gunfire and is expected to be okay.

Investigators say the unknown gunman targeted the victim's vehicle and fired over 20 shots. Authorities describe the shooter as a 5-foot-8 man. He was reportedly last seen running from the Venago Street.

Police do not have a motive at this time.